Huey's Store: What's Not on the Shelves...Is on the Floor

When Huey Rasner opened his new variety store in Urbana in October 1957, he modeled it after the “general store” concept where everything was available at a discount price. He called his new concept “Huey’s Store” and it was located at 105 ½ E. University Avenue in Urbana. Huey laid claim to having the first discount store in Champaign-Urbana. 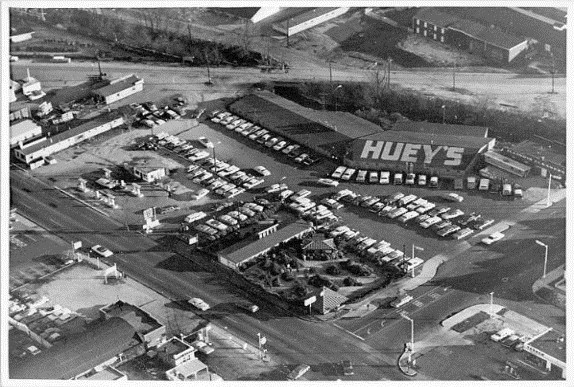 The store started out with 3,200 square feet of space and advertised plenty of parking. During the 4-day grand opening of the store, Huey offered free pony rides for the kids and you could even buy horses, ponies and mules!

Huey’s was a destination shopping experience. People from all over the area arrived at the store to take advantage of the sales, the giveaways, the attractions for the kids, the free parking, and the free snacks. Celebration sales and raffles were a common theme. In 1958, at the one-year anniversary, the store gave away free raincoats to the first twenty-five shoppers. Balloons and candy were given to the kids, and there was also a display of the “world’s largest color chart” on the roof of the store. The shopper that most accurately guessed the amount of paint involved in the display on the rooftop would be given enough paint for all interior and exterior surfaces of his or her residence.

August 1972 Huey's Advertisement in the News-Gazette.

By 1958, the store had grown to 7,000 square feet of space and added sales of paint and hunting attire and equipment, including guns.  After awhile it became clear that the store was going to need more room and more parking, so Huey built a new 23,000 sq. ft. building east of the old building. He razed the old building and increased the number of parking spaces to 100. The grand opening of the new store was held over Labor Day weekend in 1972 and was filled with promotions and deals. For the first time ever, a brand-new car was among the prizes customers could win. The winner of the 1972 Mercury Comet was Mrs. Kathryn Thompson of Urbana.  Her name was chosen from over 70,000 names of customers that entered the raffle. All-in-all, over 4,000 prizes were given away. 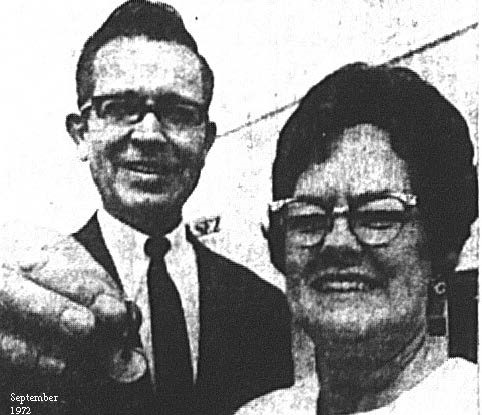 There were also troubles at Huey’s. Not long after the store opened there was an injunction and a suit filed by Union Carbide Corp. against Huey’s alleging that Huey’s was selling Prestone Anti-Freeze for less than the prices set up by the Fair-Trade Act. The suit was quickly settled but there would be 2 more injunctions and suits filed in the mid-1960’s. There were also numerous thefts and burglaries over the years.

In 1986 the owner of Huey’s, Robert McDonald, decided to retire. He was the sole owner of the store and told the News-Gazette in October of 1986 that he would be open through Christmas but would probably close after the 1st of the year. He also offered to sell the business and the property if he got an offer in the $750,000 range. While there were some attempts at re-using the store for an indoor mall type shopping experience, with smaller stores and eateries inside, that project never got off the ground. Subsequent businesses that opened in the building included a Blockbuster Video Store and the current occupant, NuEra, a retail marijuana shop.

For the nostalgic among us, a quick google search tells me that we can still buy a vintage Huey’s t-shirt. No word on whether or not it is used! 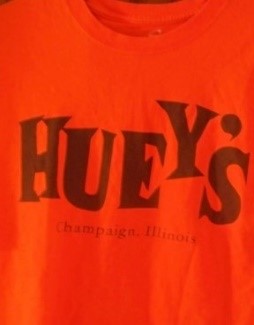