Enjoy Your Stay! A Look at the Chanute Suites

One notable pair of names found in one of the guest books is Mr. and Mrs. Octave A. Chanute, potentially a descendant of the namesake of the base. 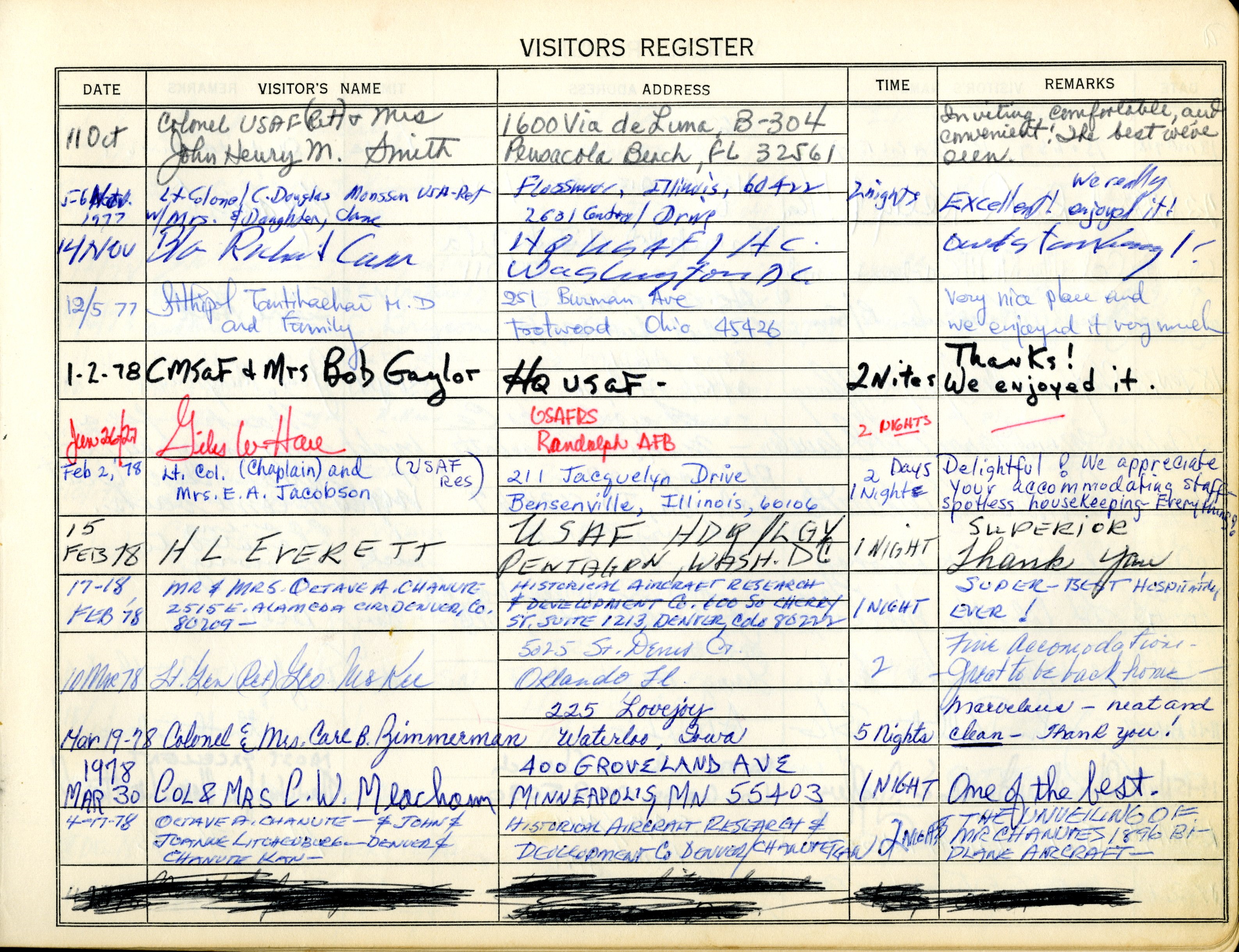 The Chanute Air Force Base provided guests with a booklet about the base and hotel amenities, including telephone and TV information. Some of these channels included WCIA-Champaign, Lifetime, USA Network, C-Span, and Nickelodeon, a far cry from our streaming services now. 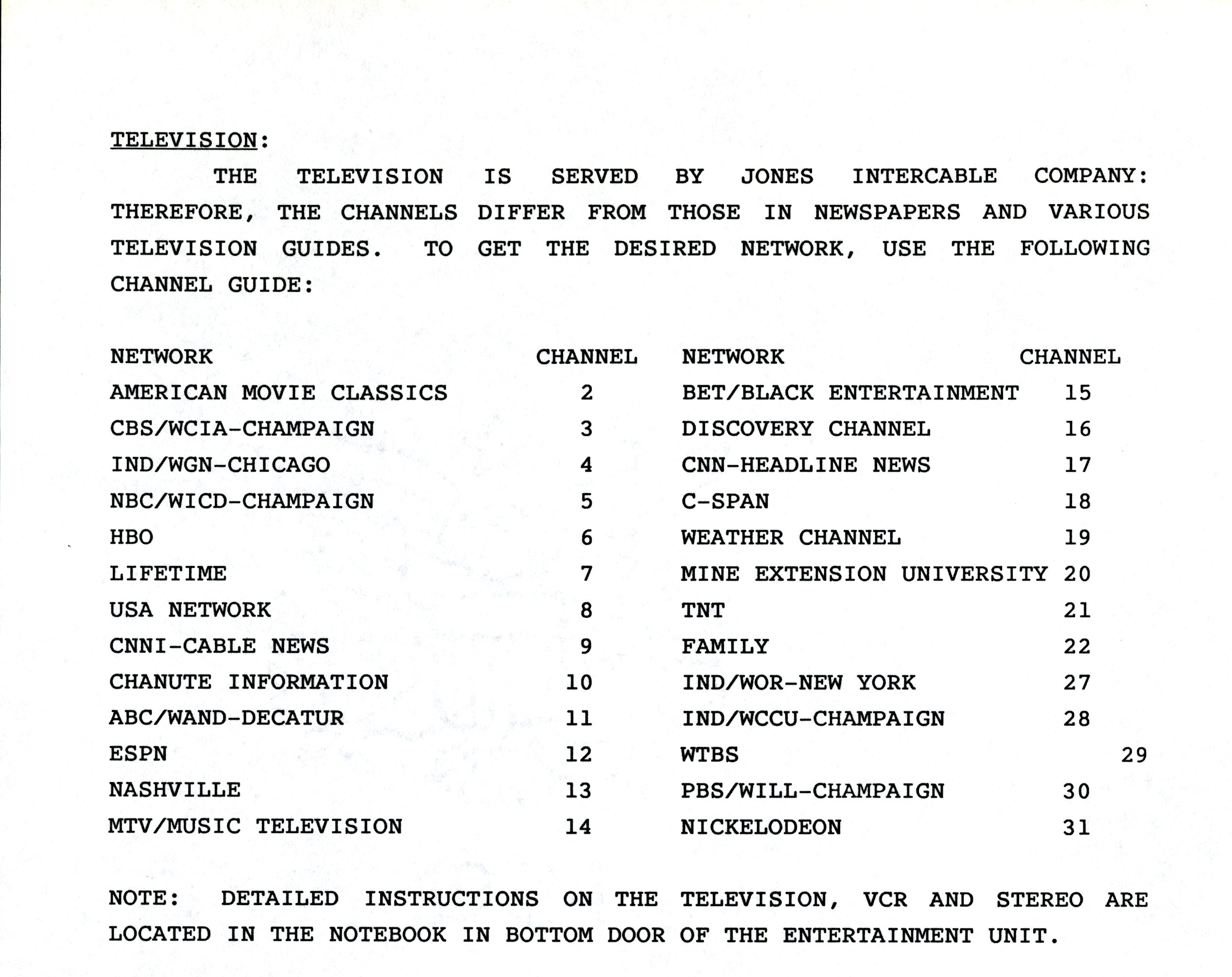 The booklet includes plenty of information about the room beyond how to work the TV, how to set the radio, and what’s in the mini bar. They’ve even got their own channel for specific Chanute Information.

Need a bite to eat? The booklet provides the dining facilities’ schedules, where officers and civilians could eat at the Faktor Dining Hall, Mathies Dining Hall, or grab a snack at the Golden Eagles Lanes Snack Bar. Maybe they have soft pretzels and nachos there! 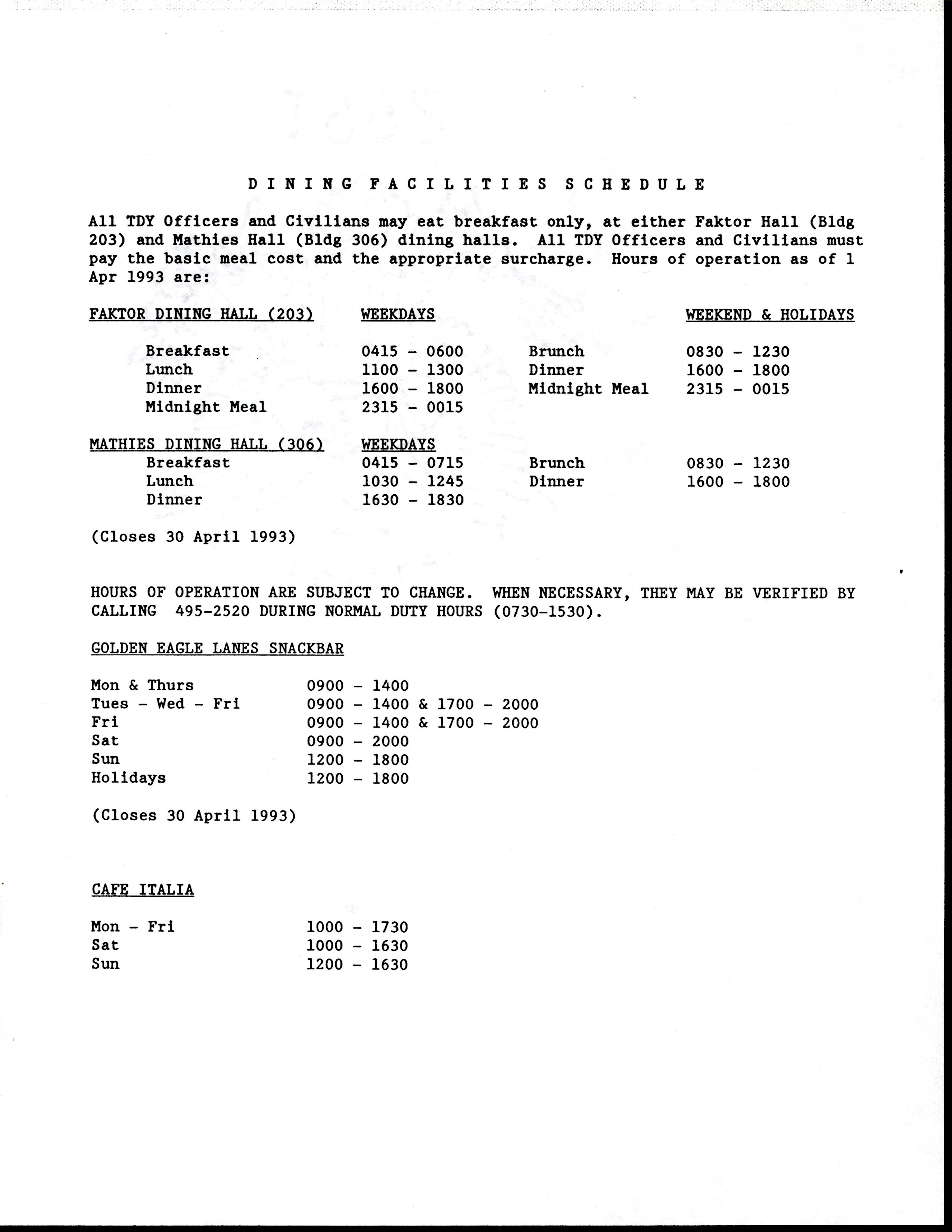 On-base fare was not the only dining option. Here’s a comprehensive list of nearby restaurants in Rantoul and Champaign-Urbana. There are plenty of options for guests to sample during their stay if the breakfast times are too early or if the snack bar line is too long. 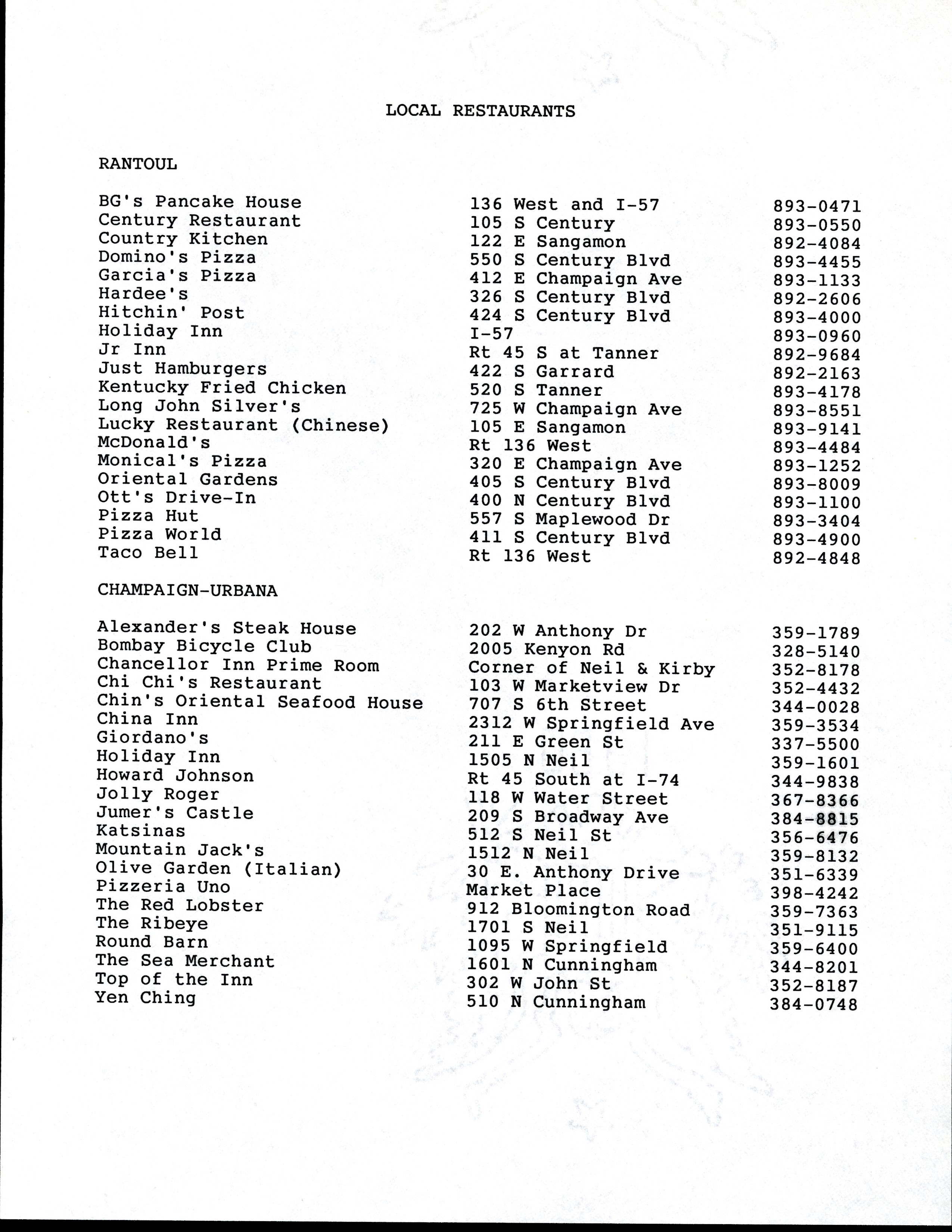 Local Restaurants. Do any of these look familiar?