When Americans reached the western frontier in the early 19th century and founded towns, they brought family, friends, culture, and new customs. Schools were built, churches erected, streets laid, and government buildings constructed to create an infrastructure akin to their former homes in the eastern U.S. As towns went up, populations grew, and laws were implemented to maintain perceived societal norms. Breaking those laws meant you had to answer to local law enforcement.

The town of Urbana was founded in 1833. Crimes were likely committed in our founding years, but the first criminal case we have on file in the archives is “the People vs. Joseph Accosta” from 1839. Accosta was arrested by Sheriff W.W. King and charged with recognizance, specifically aiding and assisting Andrew Ashton to escape from custody. Ashton was a prisoner charged with and found guilty of robbing the U.S. Mail. On September 17, 1839, Accosta and Ashton appeared in court, with Justice Harlin presiding. Sheriff King held Accosta on bail for $1,000, which he failed to pay, and therefore was sent to the county jail in Champaign. 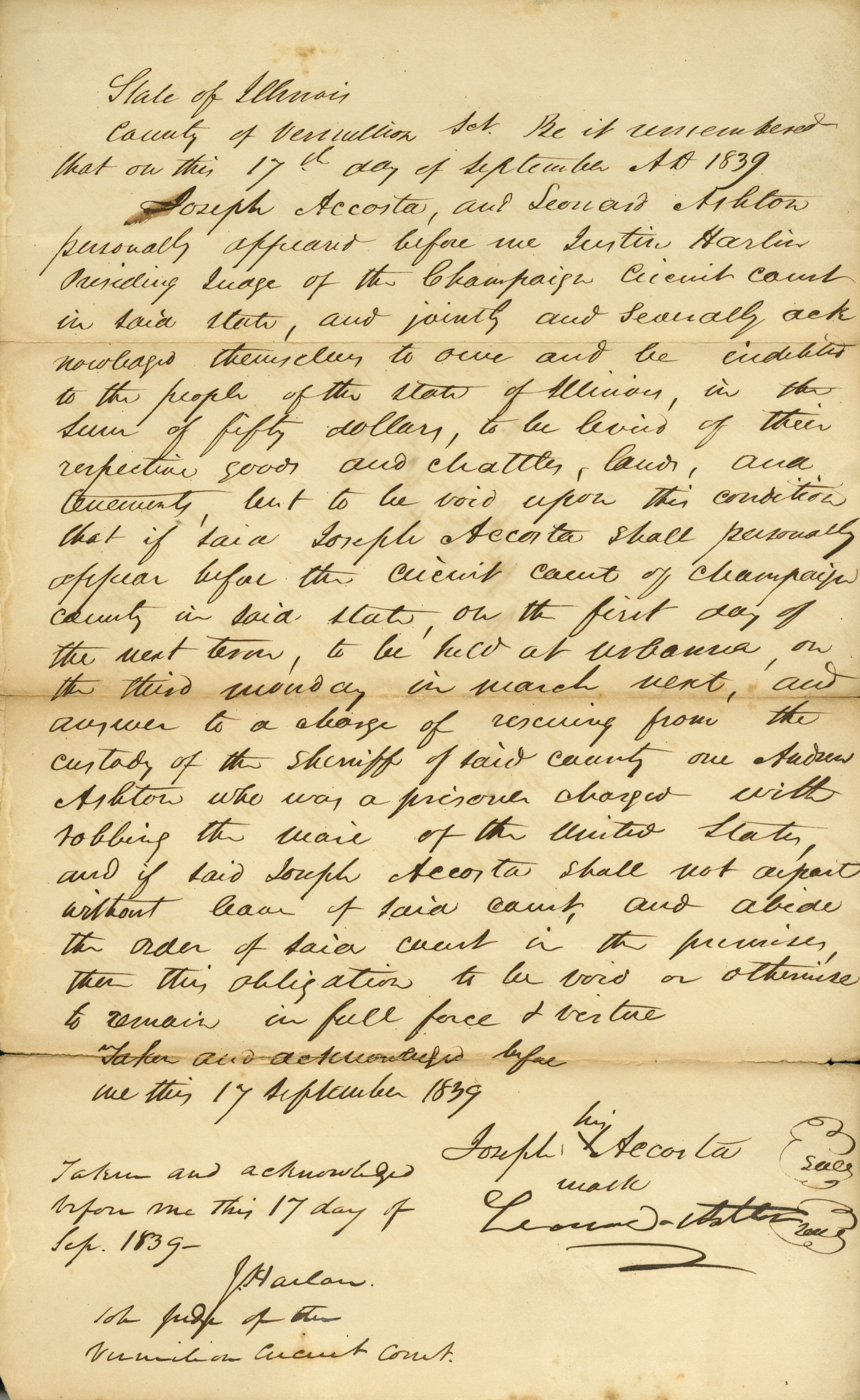 In “The People vs. Noah Bixler,” Bixler was charged with intent to commit bodily injury in 1841. Thirteen subpoenas were issued to thirty individuals, some of which were direct relatives of Bixler. These subpoenas were issued from May 1841 through April 1842. The county requested Bixler appear in court on Monday, October 11, 1841. Based on the subpoenas extending into April, as well as a piece of ephemera that shows the case lasted at least into the May term of 42’, it seems Bixler’s case lasted for at least eight months. 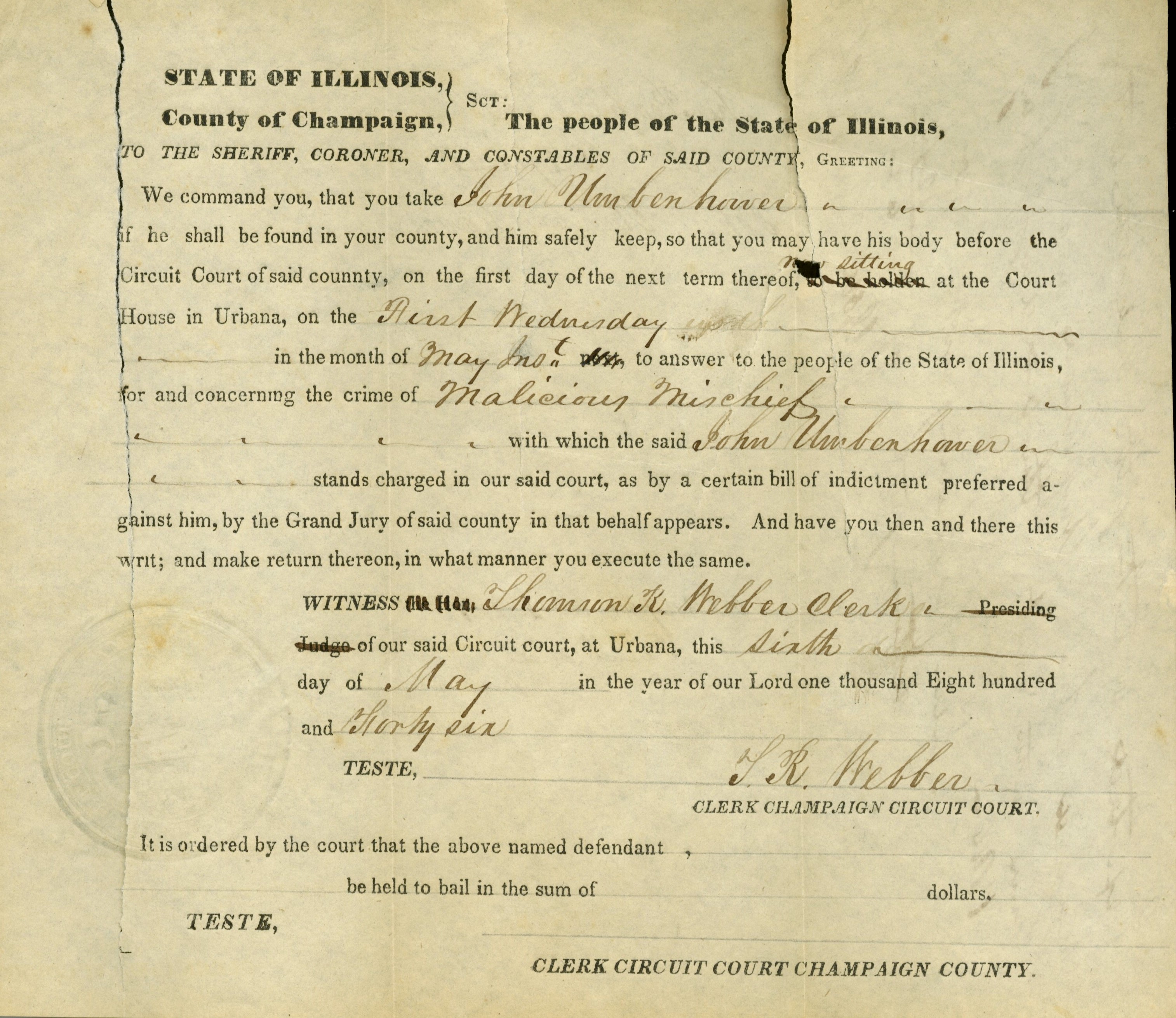 Two years later in May of 1848, Reisdon Beacham was charged with larceny. Five witnesses claimed Beacham stole, and drove away one horse at a value of $60 on March 24, 1848 from Hezekiah Philippi.

In our final example, we have a criminal case from 1849. In “The People vs. Byers & Maxell,” John Byers and Joseph Maxwell were charged with rioting with a bail set at $100 each. In addition, Byers and Maxwell were accused of unlawfully assembling ten individuals to commit a riotous act with force against one Harmon Kellum.