Down the Archives Rabbit Hole

Merriam Webster defines rabbit hole as “one in which the pursuit of something (such as an answer or solution) leads to other questions, problems, or pursuits.”

If you ask me, one of the best things about working in the Champaign County Historical Archives is the archives rabbit hole. One thing can, and usually does, lead to another. I had that very experience just this week and thought I’d document it here so you can see how it goes.

Step 1 - A patron asks for a simple bit of information. In my most recent rabbit hole, a patron asked for a copy of Otis Yeazel’s obituary. Mr. Yeazel was a retired farmer from Ogden and he died in May 1951. His obituary was printed in the News-Gazette on May 15, 1951. Searching for obituaries is a common occurrence for those of us that work in the Archives. We spend a lot of time looking through the newspaper microfilm to provide this kind of information to our patrons.

Step 2 - I began working on this request and noticed something interesting in the May 15, 1951 edition of the News-Gazette. On the same page as Mr. Yeazel’s obituary, there was an article titled “July 4th Fund Solicitors Assigned Territories.” A clunky title for sure, but an interesting article! It seems that on May 23rd “minute men and women” would visit every home in Champaign-Urbana to collect contributions for the 4th of July Freedom Celebration. An aerial firework would be set off at 7 p.m. to send more than 500 volunteers into action. The goal was to collect $10,000 which would then fund fireworks, a huge parade, fairground activities, and a free dance with a “big name” band. There was a map of the twin cities sectioned off into 41 zones and volunteers would go door to door in their zone. The volunteers would come from 41 different civic groups, churches, fraternal organizations, and similar groups. Each group was assigned a zone. 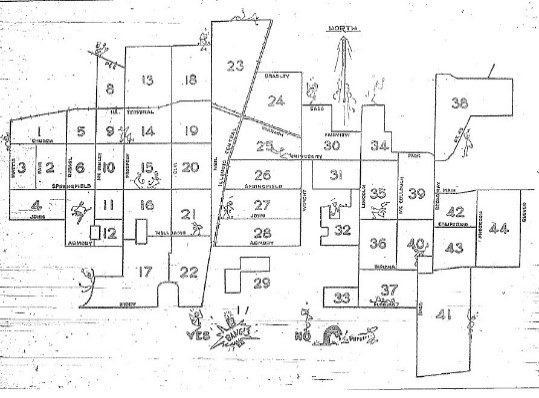 Step 3 - One of the organizations participating in this event was called “Society for the Preservation and Encouragement of Barbershop Quartet Singing in America” (SPEBSQSA). Now, that was a new one for me so of course I had to look into it. Luckily my research into this new topic was made easy because in our collection at the Archives we have a book titled “Ten Years of Close Harmony” which outlines the 1st ten years of the organization locally (1947-1957). There is a rich history of barbershop quartet singing and concerts and it was very interesting to find out more about this topic. We also have access to a lot of news articles about the SPEBSQSA. At that point I mentioned my find to a colleague and we had a lively conversation about barbershop singing and she told me that she used to go to some of their concerts. 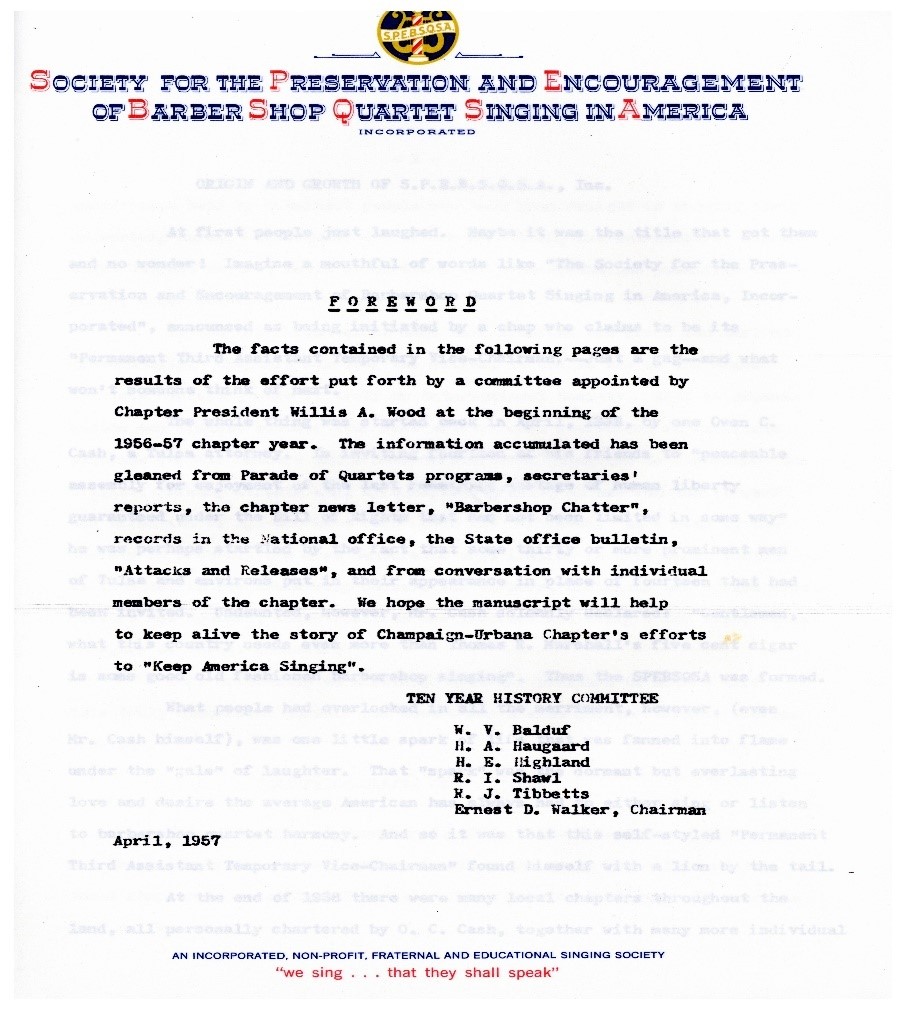 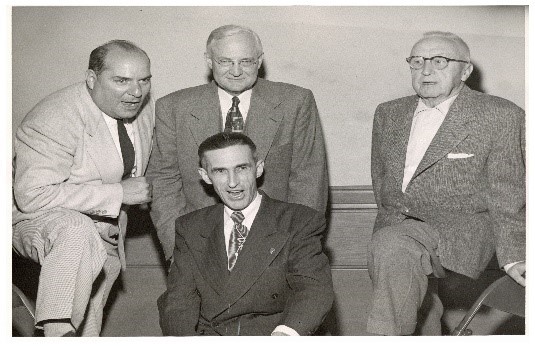 Step 4 - The rabbit hole sent me back to the May 1951 edition of the News-Gazette and there I stumbled into advertising for a couple of movies being shown at the Park Theater in Champaign. Alexis Smith and Scott Brady were starring in “Undercover Girl” and Peggy Cummins and John Dall were starring in “Deadly is the Female.” I wasn’t familiar with either of these 2 movies so I took a detour into google to see what they were about. Both of them seemed to be popular at the time and even though the stars might not have been the big blockbuster movie stars, they seemed to be popular enough.

Step 5 - An interesting advertising placement also intrigued me. The ad for Stag Beer, suggesting we always keep a case on hand was placed right above an ad for Looz, a weight loss product intended to help with weight gain around the hips, waist, and abdomen. I wonder if this advertising placement was intentional, or just random. Either way, it is pretty funny. 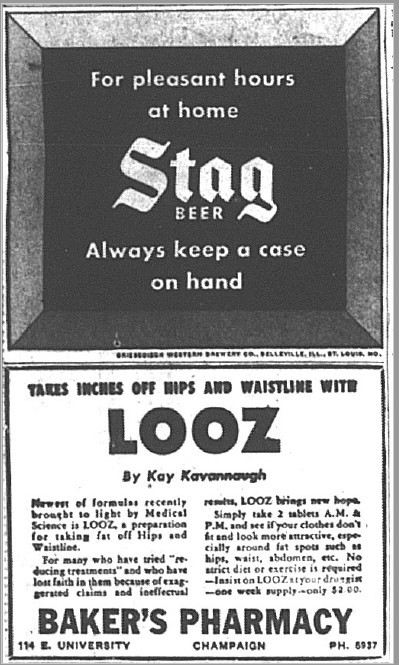 Step 6 - One more item in the May 1951 edition of the News-Gazette caught my eye. It was an editorial, originally printed in the Des Moines Register, commenting on “training” that the U.S. Air Force was providing to women recruits. 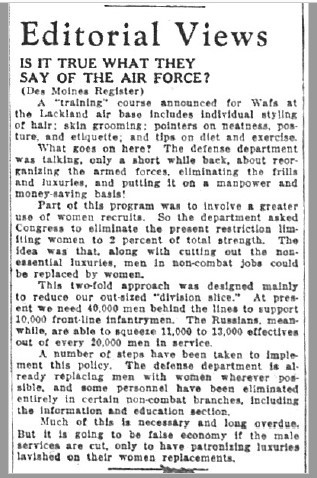 The WAF’s (Women in the Air Force) were given training in skin grooming, hairstyles, etiquette, diet, exercise, and other pointers along those lines. The editorial goes on to question the need for this sort of training, especially since in some cases male services were being cut because women were taking over some traditionally male roles. The bottom line of the editorial seemed to be that if the Air Force cut out the frivolous classes more training might be available for male recruits.

By this point in my day, I’ve spent a little bit of time copying Mr. Yeazel’s obituary, and although I did learn some information about him, I learned a lot more about a lot of other things, as usual.