The Archives’ photograph collection contains many types of photographs, one being aerial. These aerial photographs can help track changes in neighborhoods and business districts. The changes might be from agricultural use to new residential or business use. They could also include the demolition of existing residential homes or buildings for a new mall, office building, or apartment complex. Aerial views from different angles or long-range can show additional details of other neighborhoods beyond the area of interest.

The following example of a change from mainly agriculture to multi-family residential and commercial use can be seen in aerial photographs taken between 1968 and the mid-1980s. These photographs show the progression in the development of the Sunnycrest Shopping Center area between Florida and Colorado Avenues, west of Philo Road. Places of interest outside of those boundaries can also be seen. 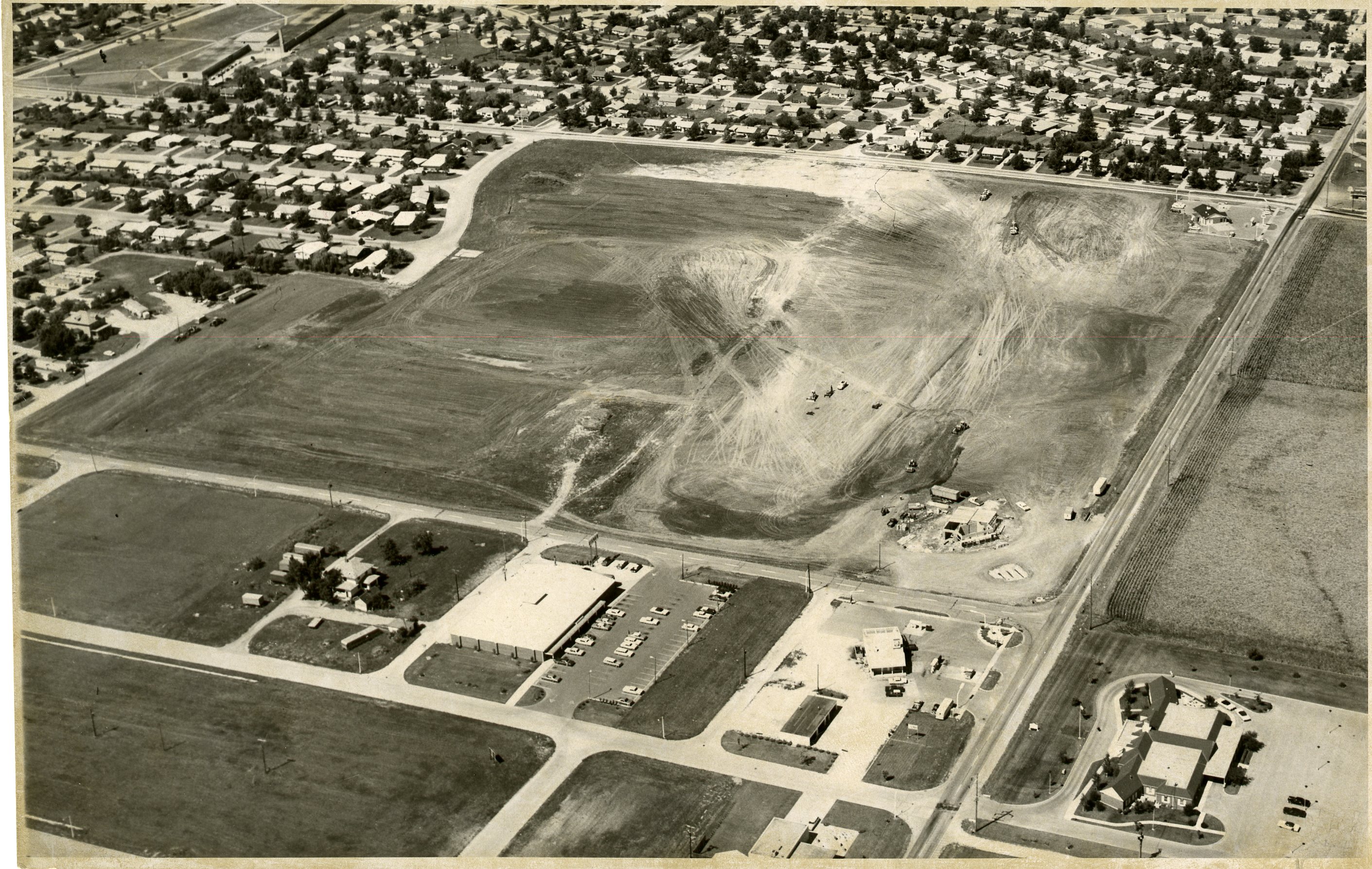 You are looking to the northwest from the southeast of Harding Drive and Philo Road in the picture above. It shows the beginning of the development of the Sunnycrest Shopping Center and the surrounding area. The development is bordered on the north [top] by Florida Avenue, East [right] by Philo Road, south [bottom] by Colorado Avenue, and on the west [left] by the extension of Cottage Grove Avenue. The area would eventually be developed into a combination of businesses, apartments, and a park. Before this development, there was already a Marathon gas station on the southeast corner of Florida Avenue and Philo Road. A Standard gas station is under construction on the northwest corner of Colorado Avenue and Philo Road. 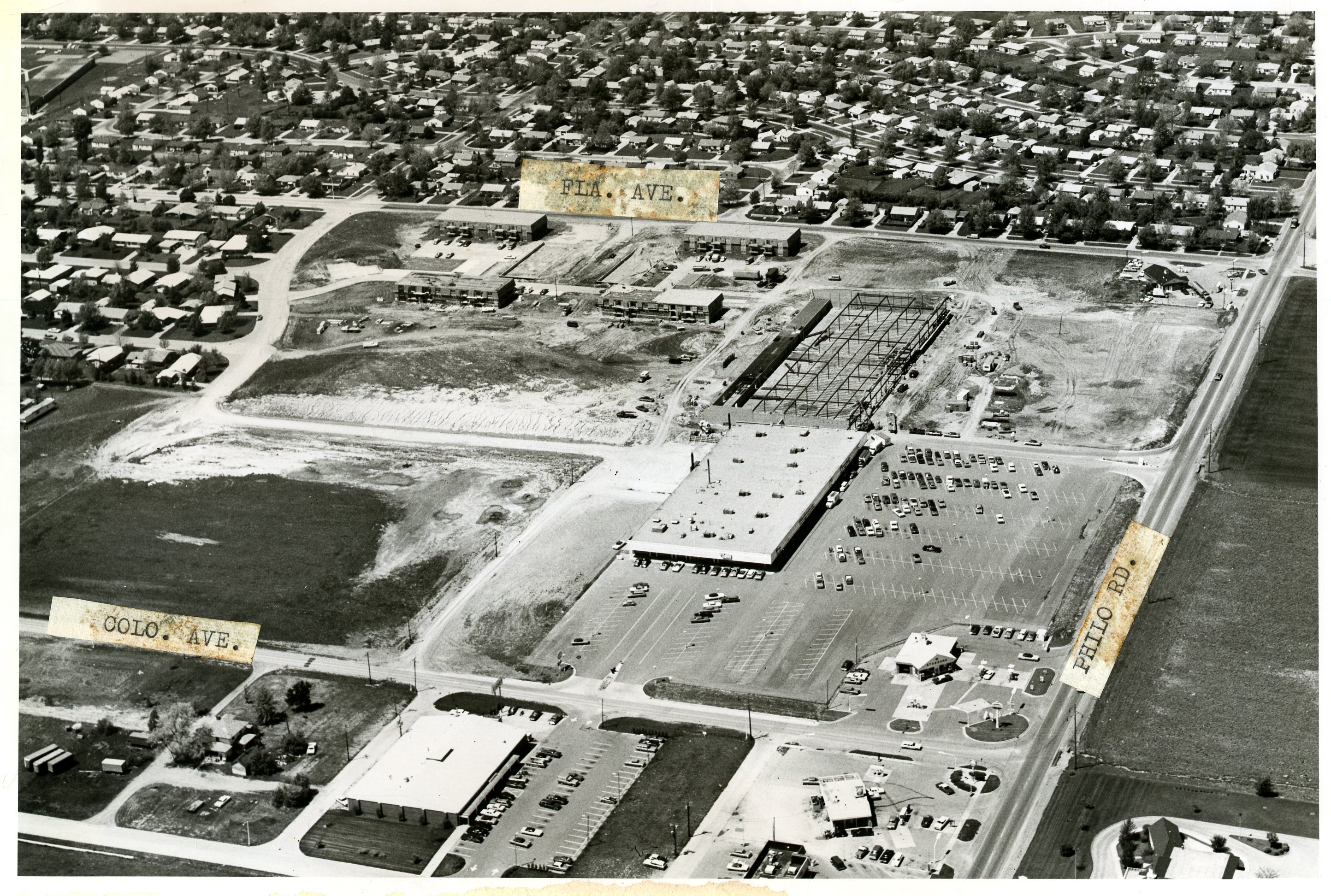 This photograph from 1971 is taken from the south looking north and shows the completed Standard station on the northwest corner of Colorado Avenue and Philo Road. The new Sunnycrest Center building, which included Sunnycrest IGA, Walgreens, a craft shop, Baskin Robbins, a barbershop, a beauty salon, and a laundromat, looks like it is completed. The steel framing for another structure just north of the Center would eventually house the Welles Department Store. A service road has been extended from South Cottage Grove and leads to the backside of the stores. Four apartment buildings appear to be under construction along Florida Avenue. 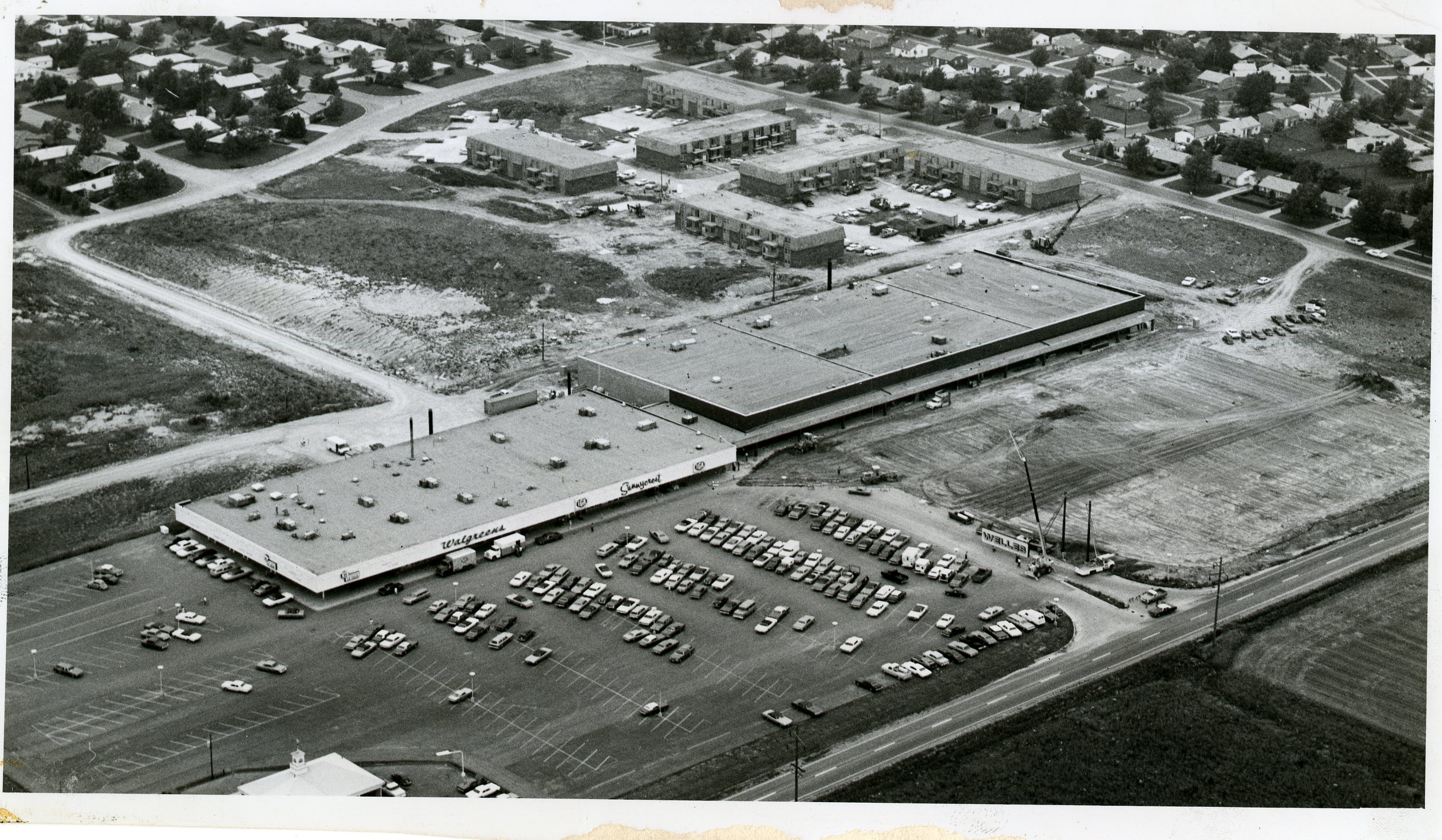 In this undated photograph, you can see the signs on the completed building, which include Sunnycrest IGA and Walgreens. The two signs on the corner of the store are hard to read but are for a Baskin Robbins ice cream store advertising 31 flavors. The large building to the north of the IGA is getting closer to completion, and it looks like a crane at the road entrance is getting ready to install the Welles sign. The Florida Avenue Apartments buildings, which previously had four units, now have six. 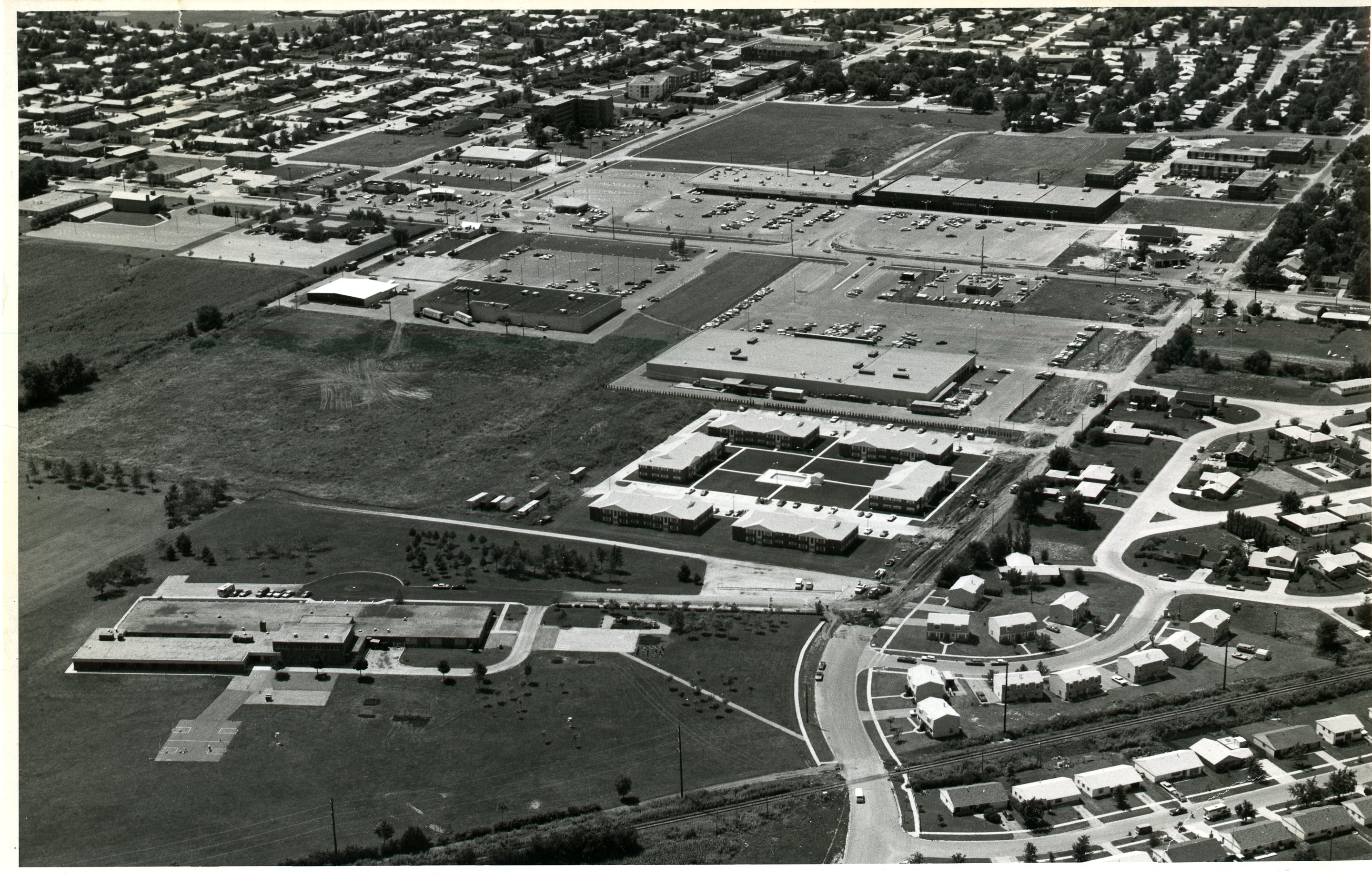 This undated photo, taken after 1979, is from a different angle, much farther east of Philo Road and north of Florida Avenue, looking to the southwest. The Sunnycrest area can be seen in the upper portion of the photograph. The Champaign Loan and Building Association west of the Shell station is the only new building in that area since previous photos.

More significant changes have occurred to the agricultural ground visible to the east of Philo Road. Thomas Paine School in the lower left side of the photograph had at one time been the only building east of Philo Road between Florida and Colorado Avenues. Now, looking to the west, there is an apartment complex, Kmart, Hardy’s, Eisner/Osco, Service Liquor, and Long John Silvers.

To see additional aerial photos of this area and other parts of Urbana and Champaign, please visit us at the Archives.