C-U's Historic Buildings and the Preservation and Conservation Association

Historic buildings contain a rich array of information about the past. And just like manuscripts, photographs, or books, these structures must be preserved. Otherwise, the stories they tell about those who lived or worked inside could be lost. In Champaign County, the important work of protecting the historic built environment is undertaken by the Preservation and Conservation Association, also known as PACA. 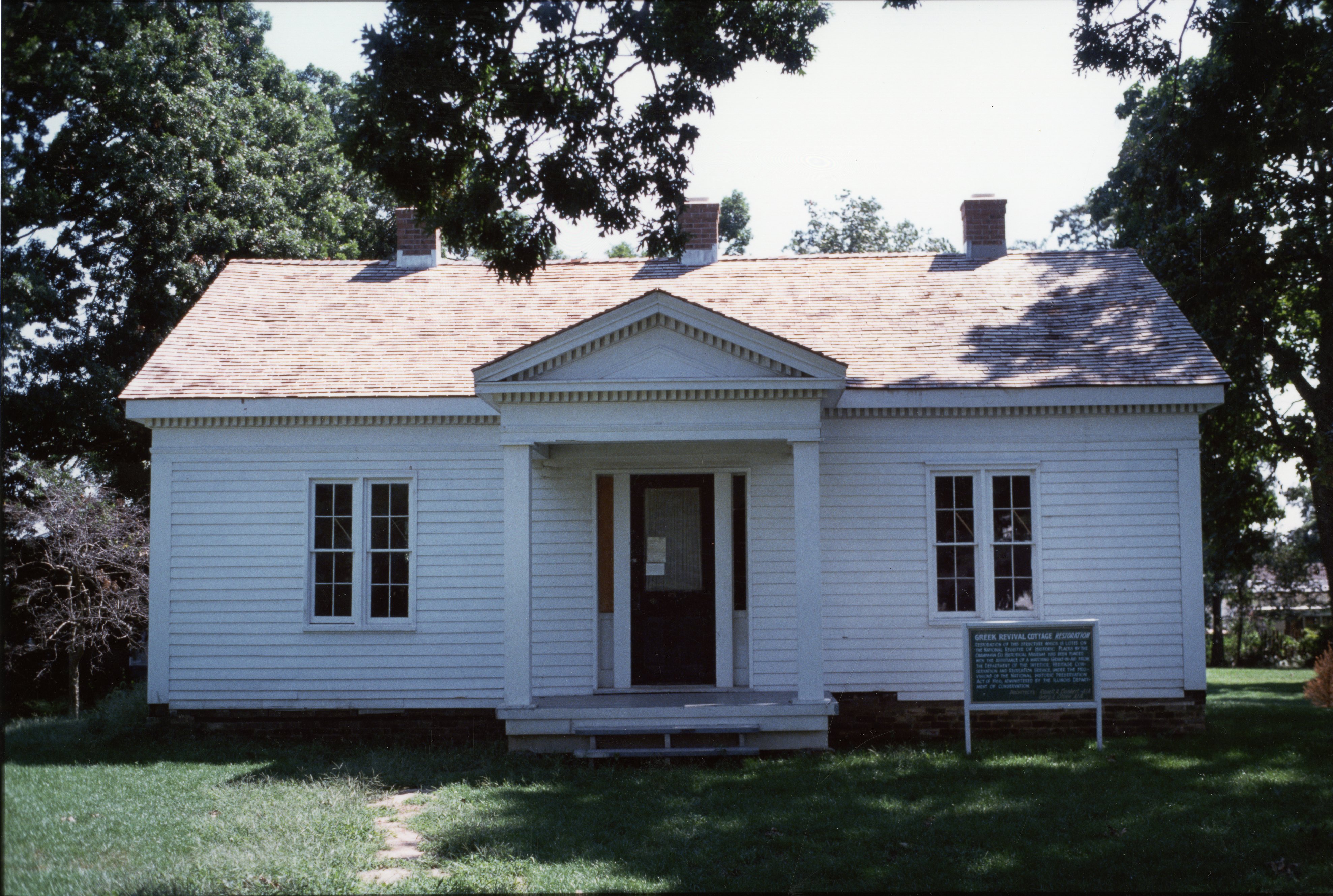 PACA was incorporated as a not-for-profit on March 6, 1981. But the idea of a local historic preservation organization had been around for a while.

In the 1970s, members of the Champaign County History Museum formed a preservation sub-committee. And the timing was just right. The 1970s were a pivotal time for preservation efforts nationwide. The American Revolution Bicentennial in July 1976 renewed the public’s interest in American history and brought to light the urgent need to preserve this history. 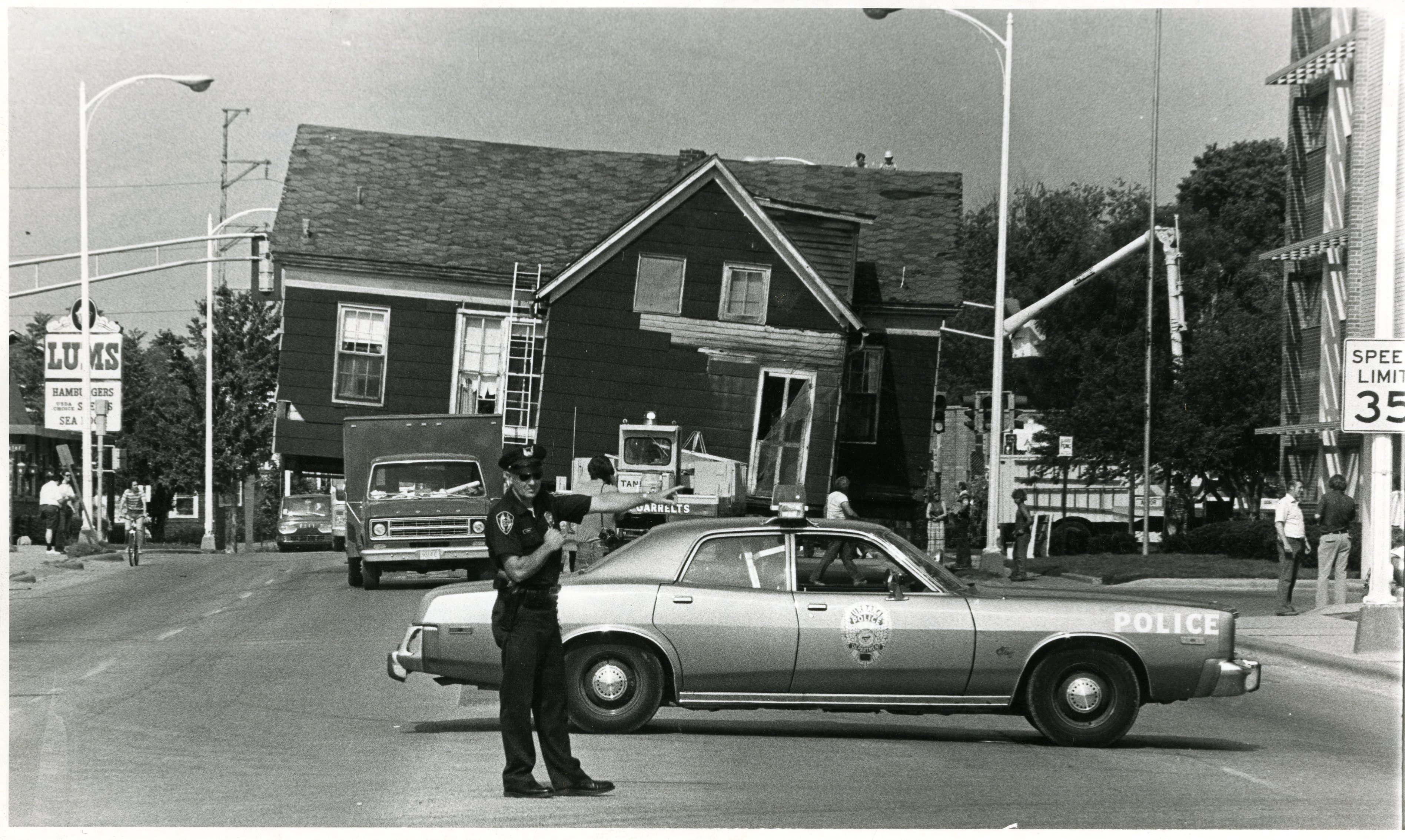 The Greek Revival Cottage on its way to Leal Park

The history museum’s preservation sub-committee undertook various preservation activities during this time, including the identification of historically significant structures across the county. Two structures, in particular, grabbed committee member’s attention; the Greek Revival Cottage in Urbana and the Cattle Bank building in Champaign. The Greek Revival Cottage is the oldest surviving residential structure in the county, and the Cattle Bank is the oldest surviving commercial building in the county. The preservation sub-committee worked tirelessly to save these important buildings from demolition. And the work proved to be a challenge. In order to be saved and restored, the Greek Revival Cottage had to be moved across Urbana to its current location in Leal Park. Meanwhile, in Champaign, the restoration of the Cattle Bank hit a bump when preservationists struggled to find photographs of the building’s interior prior to 1920. Solving this puzzle took creativity. The group put out a request in the News-Gazette for any such photographs and even offered a $75 prize! (News-Gazette, May 16, 1982). 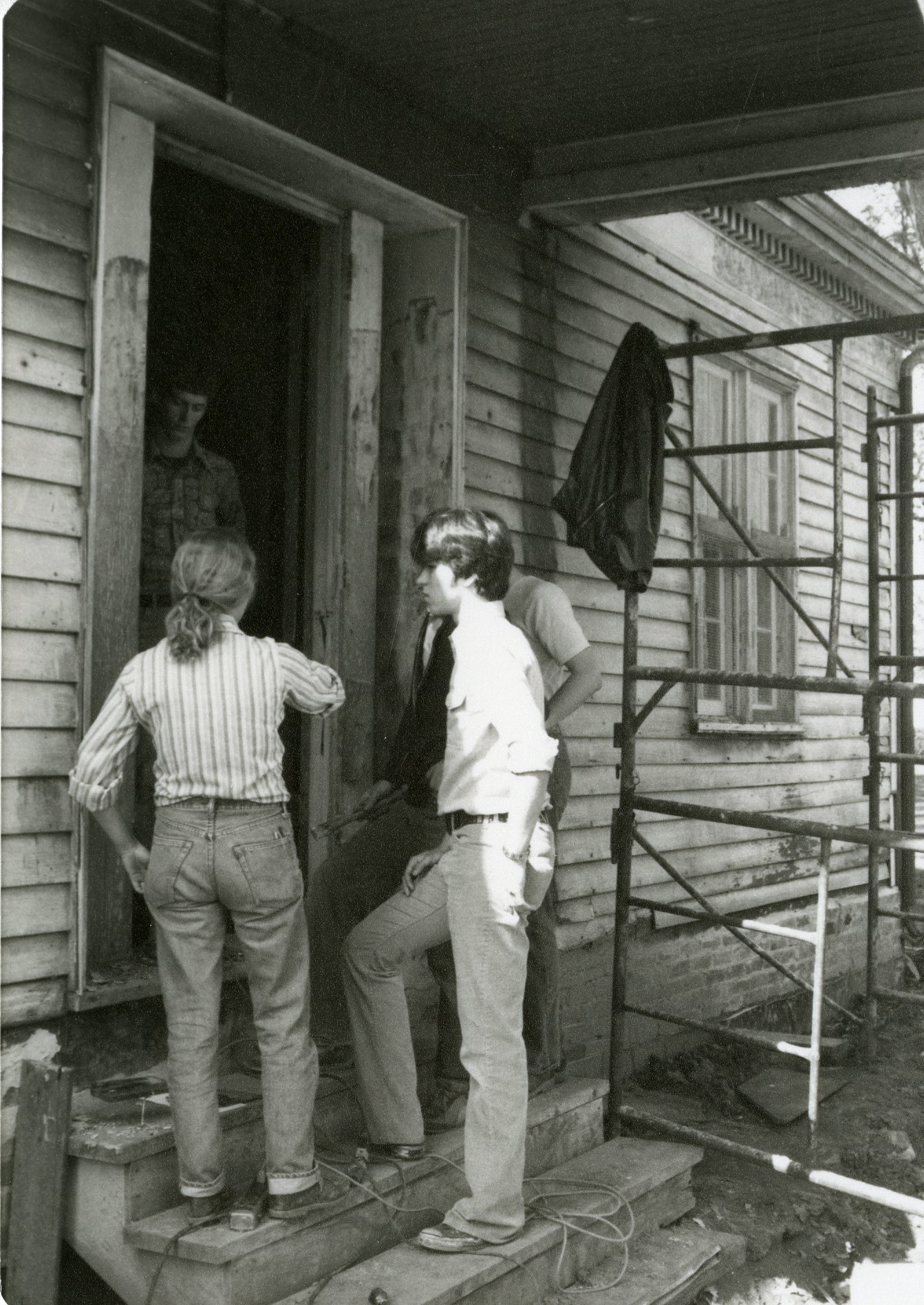 Despite the challenges, both preservation projects were a success. The Greek Revival Cottage can be visited in its new home in Leal Park, and the Cattle Bank eventually became the home of the Champaign County History Museum, which is still located in the building to this day.

PACA was established to further this work. Patricia Miller, a founding member of the organization, stated that the aim of the organization was to develop a “network of people who shared a commitment to preserve our natural and built environment,” and to “inform the public of preservation needs to create greater awareness of specific issues, such as continued use of older buildings in the area, support of neighborhood associations and maintenance of the architectural character of neighborhoods.” (News-Gazette, May 10, 1981). 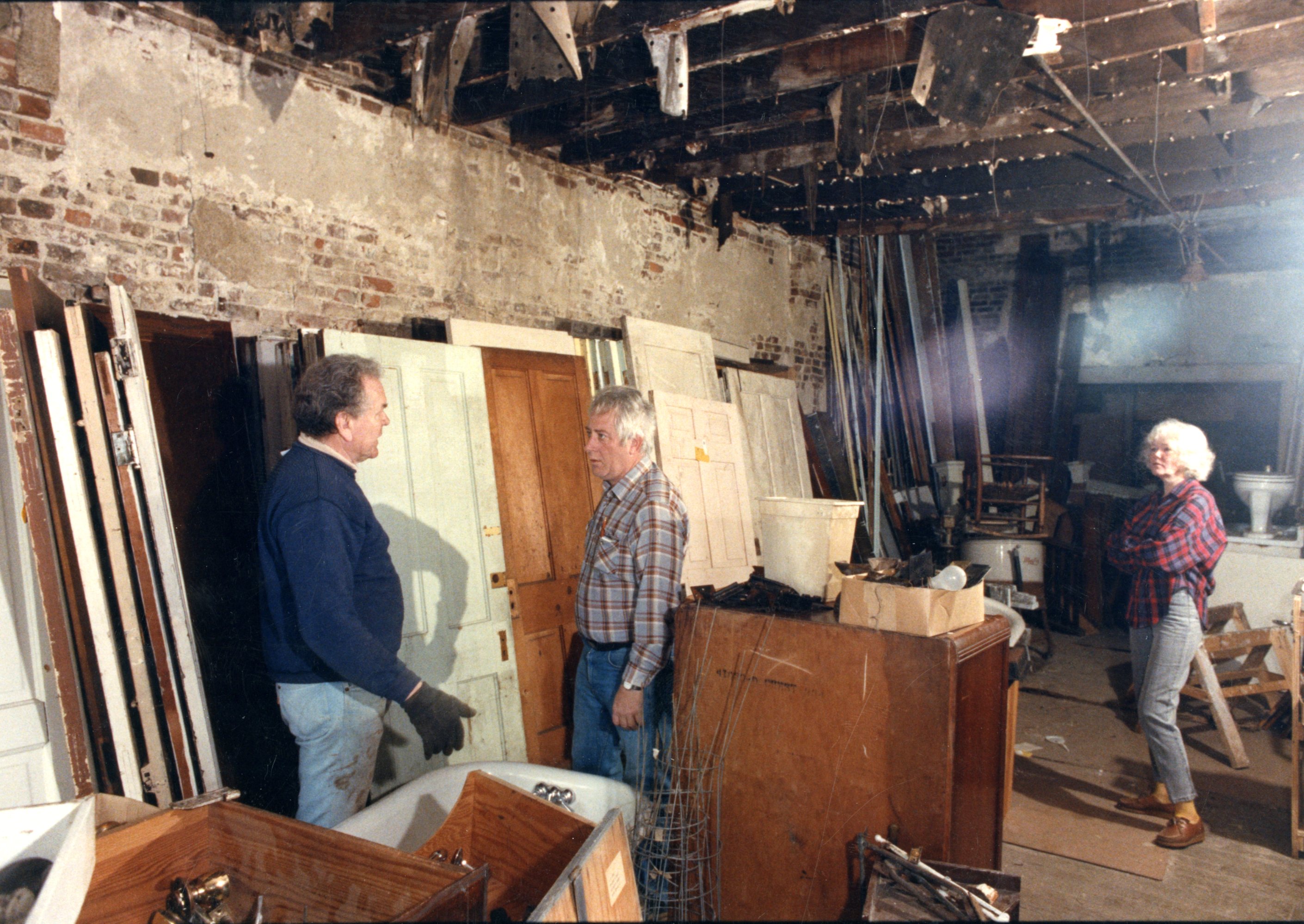 In the early 1980s, this goal was especially relevant. Champaign and Urbana were changing quickly, and many historic structures were being demolished to make way for new developments. In response, PACA began an intensive building-by-building survey to identify which historic structures should be saved. Three historic neighborhoods were prioritized in these efforts: downtown Champaign, West Urbana, and the entire U of I campus. Structures in these neighborhoods were ranked in order of their architectural and historical significance, and detailed inventories were completed for each.

Today, these surveys remain a critical resource on local history, and the data compiled continues to play an instrumental role in preserving historic and architecturally significant structures. These surveys are held here at the Champaign County Historical Archives. You can view digitizations of the surveys on our catalog by searching “PACA Inventory.”