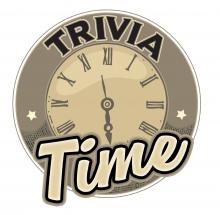 If you can't get enough Local History & Genealogy check out our blog and Flickr albums. Still need to know more? The majority of our collection is indexed in our catalog, Local History Online.

Trivia Q: When did construction begin on the 2005 renovation of The Urbana Free Library?

Trivia A: According to an archived copy of This Month, the library program and event calendar, the groundbreaking ceremony was on October 20, 2002, and construction began November 6, 2002.

Trivia Q: When was the Little Theatre in the Square's inaugural season?

Trivia A: The Little Theatre in the Square’s first season, called the “Summer of Musicals”, was in 1957. Guy Little produced nine musicals in as many weeks opening with Brigadoon and closing with Guys and Dolls.

Trivia Q: How many townships are in Champaign County?

Trivia A: Champaign County is comprised of 30 townships!

Trivia Q: The Morrow Plots are the oldest continual corn field in the world. When were they established at the University of Illinois?

Trivia A: The Morrow Plots were established in 1876, earning the designation as oldest continual corn field in the world.

Trivia Q: In the winter of 1854-1855, which Champaign County village was moved to be closer to the newly laid Great Western railroad line?

Trivia A: The entire village of Homer was moved 1.5 miles south to be closer to the newly laid Great Western railroad line.  The houses were placed on skids and moved to the new location during the winter of 54’-55’.