Juneteenth, commemorating the emancipation of enslaved African-Americans, was made a federal holiday in 2021 and will become an Illinois state holiday this year (2022). Originating in Galveston, Texas, in 1865, the celebration has a long history within regions and populations of the United States. Over the years, it has gone by several names, Jubilee Day, Emancipation Day, Freedom Day, Black Independence Day, and even various dates, September 22, January 1, and others, before settling on June 19.

The earliest mention of Juneteenth that I found in local Champaign County newspapers was for an Emancipation Day celebration held on September 22, 1890.* The September 22 date referred to President Lincoln's preliminary Emancipation Proclamation on September 22, 1862. The third paragraph of his speech that day alludes to his final Emancipation Proclamation on January 1, 1863. The event included local and regional speakers, food, and a parade from the Second Baptist Church (E Clark, NW corner S Sixth) to the Champaign County Fairgrounds. Organizers were expecting a crowd and the program committee secured reduced railroad fair rates to encourage travel from the surrounding areas.

Another big fete was held on September 22, 1895. This event brought in military drill teams from Chicago, Indianapolis, Peoria, as well as the surrounding communities for a chance to win a $75-dollar prize. Other activities included a 5-mile bicycle race, a band competition, speakers, and a parade.

Annual events followed for several decades. They waxed and waned in how orchestrated they were, and it appears that Champaign-Urbana and Danville alternated hosting duties at times. Still, the newspapers make clear that these celebrations were regional events that brought in crowds of people. By the 1920s, however, it seems that the annual regional celebrations had faded. A community welfare group sponsored a celebration held at Champaign Junior High School during the 1940s. In the local papers, the last mention I came across was for the Emancipation Proclamation Centennial celebration in 1963. Champaign-Urbana was a stop on a statewide celebration tour arranged by the American Negro Emancipation Centennial Commission of Illinois. Held at the University of Illinois and open to the public, the event featured prominent American historian John Hope Franklin. 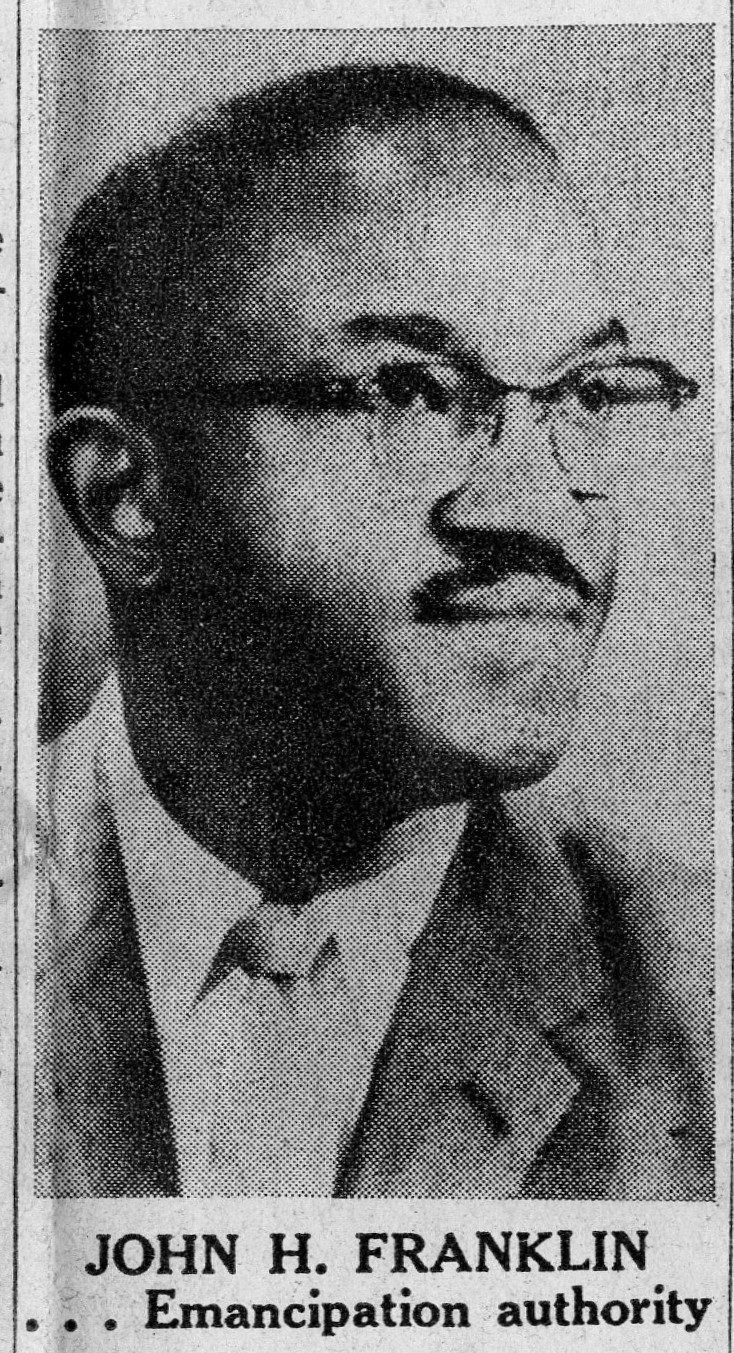 In recent history, the mantel for celebrating Juneteenth has been taken up by the Douglass Branch of the Champaign Public Library. They have hosted an annual emancipation celebration since 2006, offering games, crafts, food, and fun to all in the community.

This Juneteenth (2022), there are a few options and locations for celebration.

The Urbana Free Library and Archives staff will be at the HV Neighborhood Transformation Juneteenth Celebration. Stop by to say "Hi" and celebrate the 157th anniversary of the Emancipation Proclamation news reaching Galveston, Texas!

*Note regarding research. In writing this blog post I reviewed all readily available data. I searched indexed and digitized newspapers for mentions of Juneteenth, as well as its variations over the years. However, these indexes and digital resources are incomplete. Gaps in dates should not be taken as definitive that celebrations, remembrances were not held.