“More Housewives Should Fly:” Women in Aviation and the Organization That Supports Them

"More housewives should fly," said New Englander Barbara Cloud in a June 24, 1954 Courier profile. She declared that flying was not in the least an expensive hobby. However, her opinion should be taken will a grain of salt since her motivation for learning to fly was to reach her summer house on a small island in Maine.

But women had been flying for years, and one organization there to help them then and now is The Ninety-Nines (99s). The Ninety-Nines were founded on November 2, 1929, at Curtiss Field, Long Island, New York. They invited all women pilots to assemble for mutual support, advance aviation, and keep files on women's involvement in aviation. The organization took a couple of years to find its feet, and in 1931, Amelia Earhart was elected as their first president. The group selected the name "Ninety-Nine" to honor the 99 charter members. Any woman who was a licensed pilot could join. In recent years membership has been expanded to include women with student pilot certificates. The Ninety-Nines is now an international organization.

"Powder Puff" was a term coined by Will Rogers during his coverage of the first all-female air race in 1929. This race was a transcontinental course beginning in Santa Monica, CA, and completed in Cleveland, OH. Twenty women entered the race, and 14 completed the course, with Louise Thaden finishing first. Even though this first race was a success, many air racing officials did not believe that women were skilled enough to compete against men. In subsequent races, they often insisted upon separate divisions for women even though the women's race speeds were on par with men. Accidents were another reason that officials sometimes used to exclude women from events.

After World War II, the Ninety-Nines took on bringing back women's air races. In 1947, they hosted the All Woman Air Race from Palm Spring, CA, to Tampa, FL. In 1948 and 1949, the All-Woman Transcontinental Air Race (AWTAR) became formalized with the first set of rules and regulations for air racing and an official timekeeping system developed by the Los Angeles Chapter. AWTAR became affectionally known as the "Powder Puff Derby" in honor of the 1929 race. The annual race grew into a significant event for the Ninety-Nines employing an executive security and a board of directors who spent an entire year planning each race. In addition to AWTAR, the Ninety-Nines also embraced the All Woman's International Air Race, or "Angel Derby." 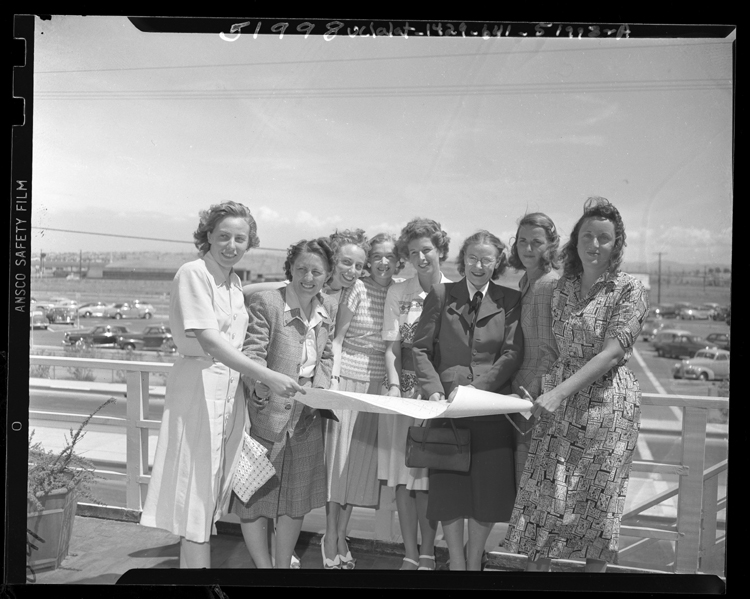 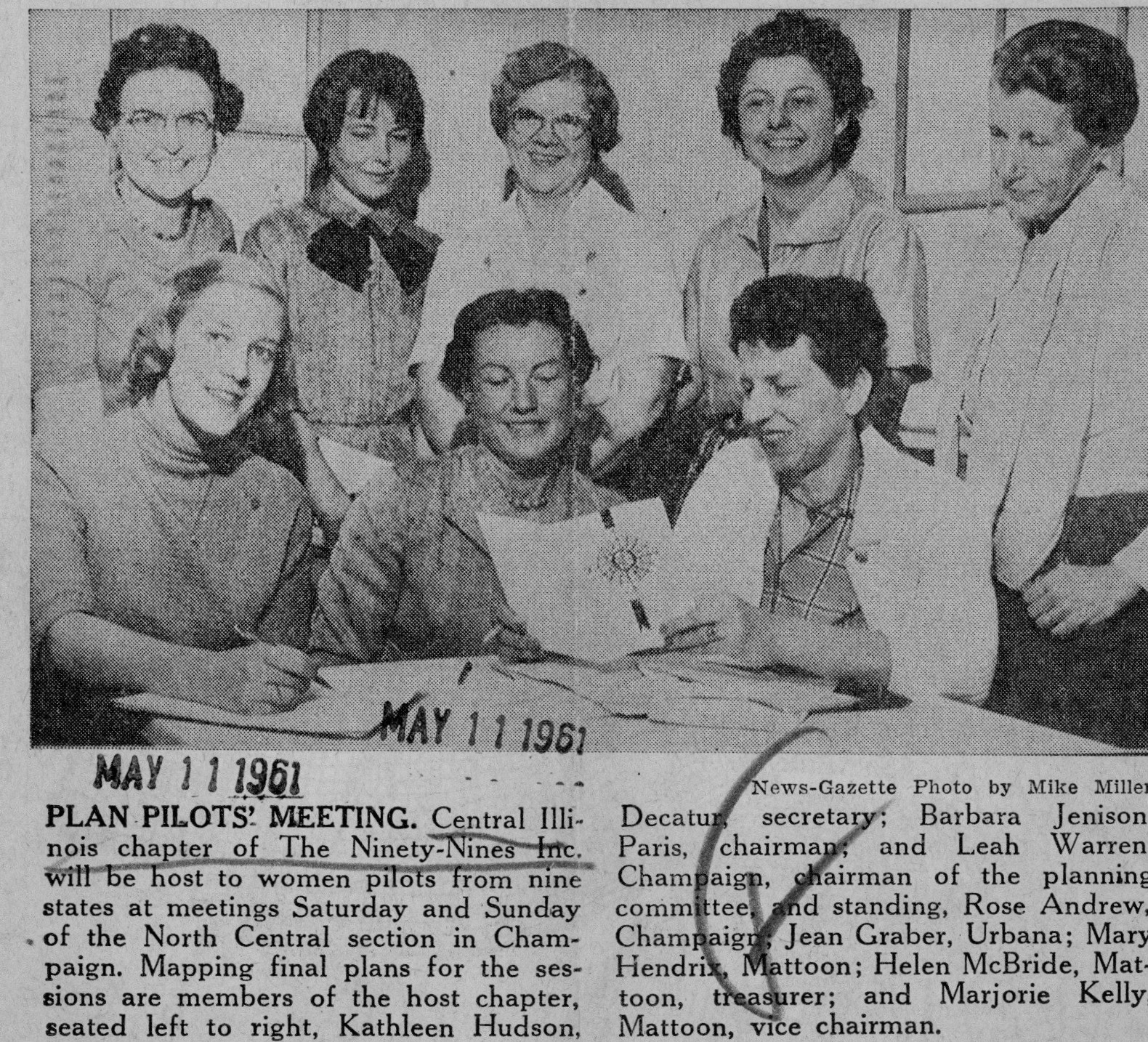 Area Chapters provided great support during the derbies. The University of Illinois Airport (now Willard Airport) was an alternate stop point during the 1956 Derby. The Central Illinois Chapter acted as hostesses arranging overnight accommodations and serving breakfasts to pilots at 3:00 am to be on their way before sunrise. Champaign County also provided fliers to these races. Helen Greinke of Champaign and later Bloomington was a multiple entrant in the race. Greinke flew in fourteen AWTAR races and two international races, among others. She finished third in the 1948 AWTAR from Palm Springs to Miami. The 1956 race featured Dora Dougherty, UI resident associate in psychology, as a co-pilot with Mrs. Bernard Cassidy (Chicago) in a two-engine Piper Tri-Pacer. The pair did not stop in Champaign during the race but did flap their wings in greeting over the home of Leah Warren, Champaign 99s president.

Barbara Cloud, our New England proponent of "more housewives flying," was the secretary for a New England chapter of the Ninety-Nines. "I startle many women," Ms. Cloud said, "when I advise them to fly as a hobby, but the membership of The 99s includes school teachers, hotel hostesses, college girls, even three grandmothers… and housewives. Besides having an interesting, exciting hobby, just think of the possibilities women who fly have…."