The Archives recently received a donation that included 67 very interesting World War II OPA tokens. At first glance, I wasn’t sure what they were. They are slightly smaller than a dime and appear to be made out of wood and paper (it turns out they are made out of vulcanized fiber). The only variation among the tokens is two small letters surrounding the one in the center. After a little research, I found out that these are Office of Price Administration (OPA) tokens. 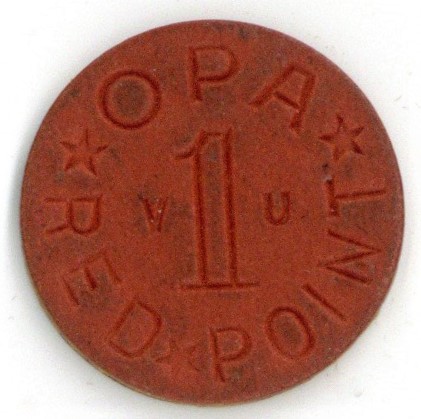 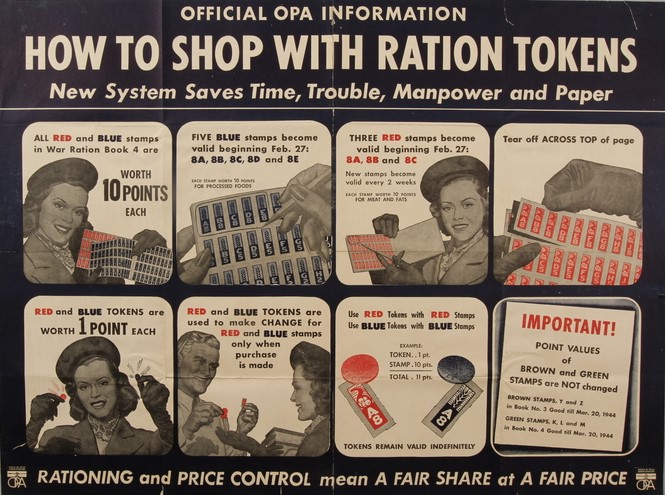 Interestingly, there does not seem to be a consensus about the significance of the two small letters surrounding the one on the tokens. Some sources say they are an anti-forgery device. The letters appear in different combinations; some more rare and collectible than others. I have reached out to the National Archives to see if they have an answer to the mystery of the little letters in their Office of Price Administration records. Stay tuned for a follow-up!