How to “Fun” Your Way Around Chanute: Chanute’s Free Time Recreation Magazine

The open houses hosted by the Chanute Air Force Base were a way to involve the community, opening their doors to civilian and military personnel, as well as the neighboring community. In the Open House Files collection, there are papers, correspondence, itineraries, and pamphlets surrounding the running of the Chanute Air Force Base open house events. Another document found in this collection, in box 2, folder 1, is the June 1982 copy of Free Time, Chanute’s recreation magazine. In this magazine, there are calendars of food and fun as part of National Recreation Month!

The magazine also covers arts and crafts classes and athletic events. During this month, there are tennis and softball tournaments, as well as free classes, including Dancersize! Sweatbands and legwarmers not included. 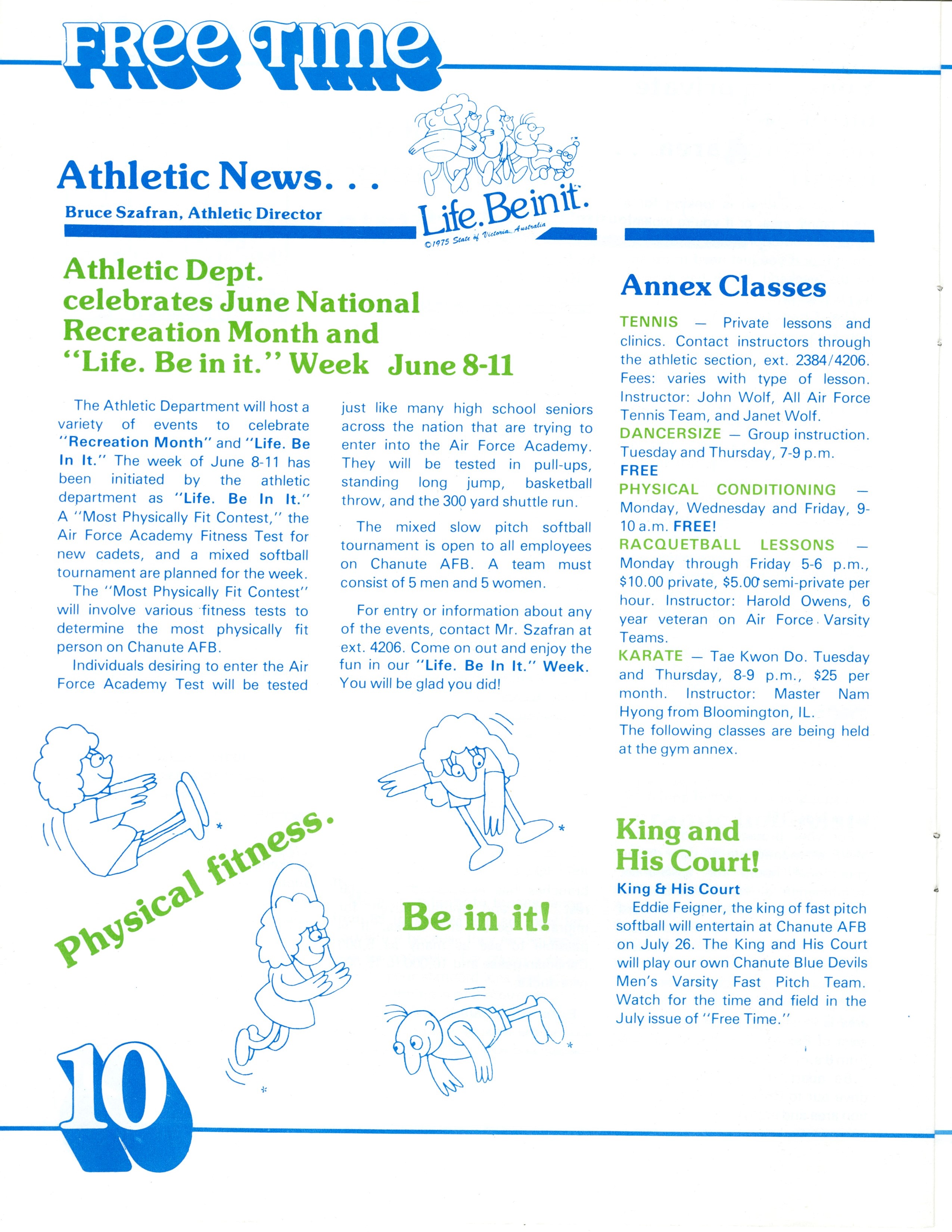 Are you “in” physical fitness?

Along with sports and crafts, Free Time includes a calendar of recreation events, including Marilyn Monroe’s birthday celebration on June 1st, a Disco Dance on the patio on June 5th, Watergate Day on June 21st, and Mash Night on June 28th.

How many times do you spot “disco” on this calendar?

If those events don’t sound interesting, there were also musical events, with rock groups such as Steel Frenzy, Antics, Special City Band, The Duke Babb Band, and Jules Blattner.  There was music and fun for all ages at the Chanute Air Force Base. 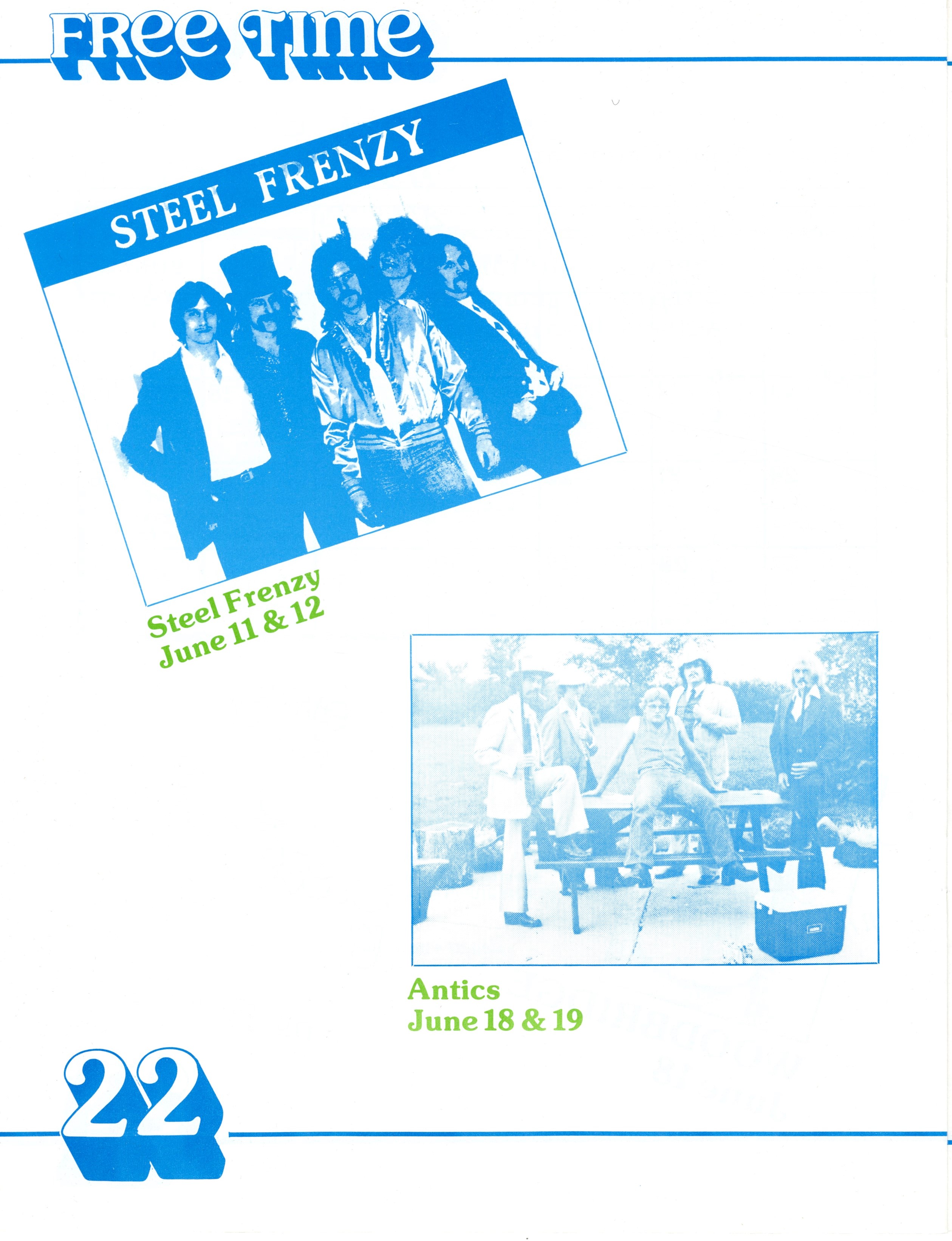 Chanute is rock and rolling into summer!

The events and activities listed in Free Time show how integrated the base was into the community. Chanute wasn’t only an air force training facility, it was a vital community center for both military personnel and civilians. If you want to “fun” your way around the Chanute Air Force Base and to reminisce about other open houses from 1975-1992, check out the finding aid here!