From Tragedy to Attraction: Local Reactions to the Sinking of the Titanic

On the night of April 14, 1912, eighteen-year-old Englishman Edward “Ed” Arthur Dorkings was enjoying a game of cards with some friends in the third-class passenger general room of the RMS Titanic.  The Olympic-Class ocean liner was at sea four days at this point after leaving the port at Southampton, England on April 10th.  At approximately 11:40pm, Dorkings and his fellow card players were thrown from their benches and heard a loud grinding noise that reverberated through the entire ship.  Dorkings went to the deck to discover that the Titanic hit an iceberg that damaged the port-side of the vessel.  Despite the damage from the massive iceberg, there was no sign of panic, so Dorkings returned to his card game. 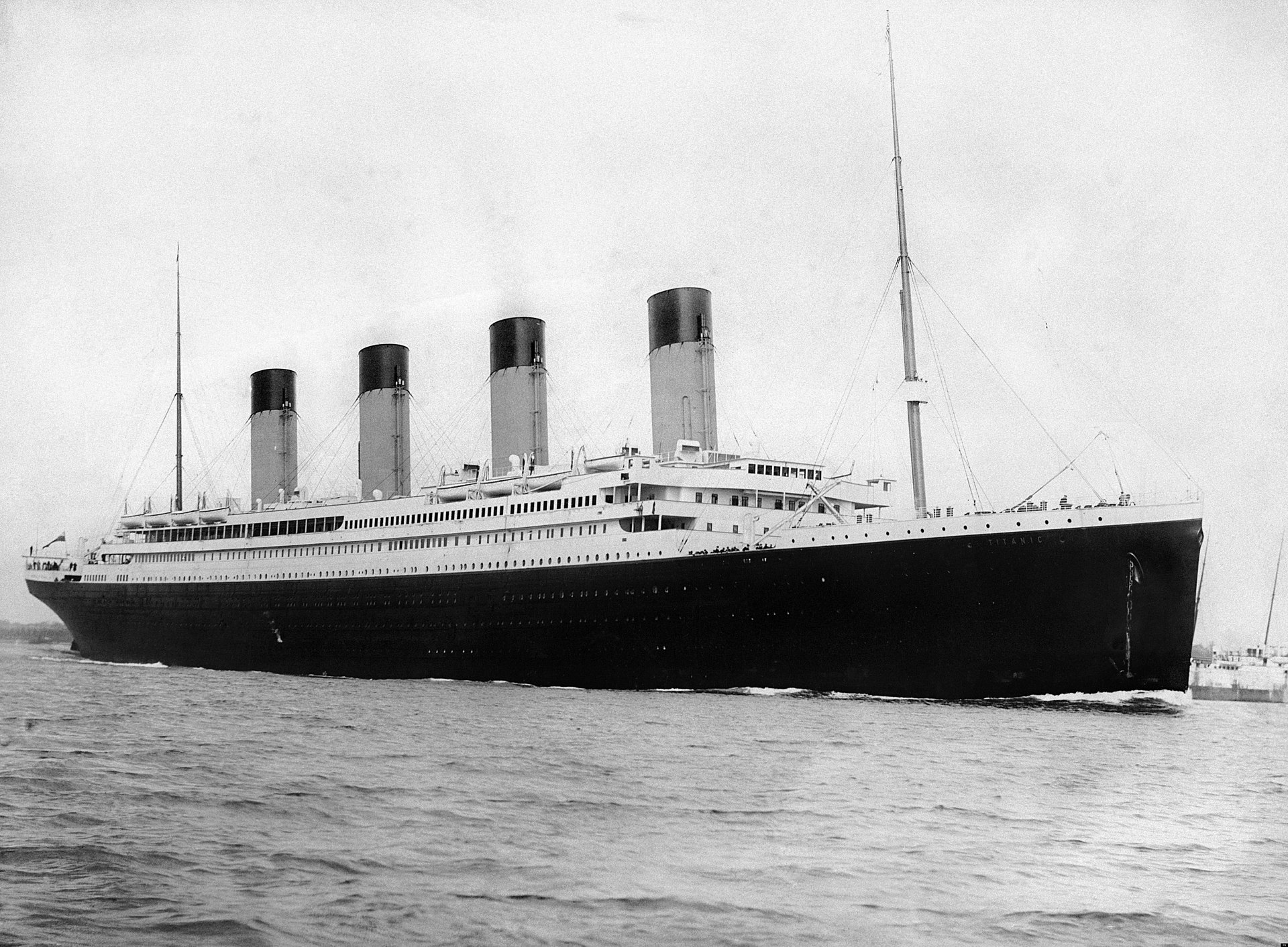 As he continued to play, steerage passengers emptied out of their dormitories with their luggage in tow.  The nose of the boat began to dip forward shortly after and Dorkings rushed back up to the deck where people were frantically boarding lifeboats.  Seeing that he would likely not find a seat, as they were reserved for women, children, and people in the second- and first-class sections, Dorkings unsuccessfully attempted to retrieve his life-preserver from his quarters before returning to the deck again and diving into the frigid waters of the Atlantic.  After swimming for thirty minutes in 28° F ocean water, Dorkings found capsized collapsible Lifeboat B and held onto the side.  Soon after, he was allowed to board another lifeboat that passed by and ultimately survived one of the greatest maritime disasters of the 20th century.

News of the accident quickly spread across the Western world.  Initial coverage misreported the casualties, with some accounts claiming everybody on board the ship was spared.  In the Urbana Daily Courier, the April 15th issue included just a small paragraph about the Titanic on the bottom of the page with no headline, with an additional story of the wreck on page seven.  The story was featured more predominantly in the Champaign Daily News, but they incorrectly claimed that the Titanic had been towed to port and did not report any casualties either.  In the ensuing days, more information poured in as survivors landed in New York City and started to disseminate their stories to the press, public officials, friends, and family. Anecdotes of cowardice and heroism as well as devastating statistics regarding casualties dominated the news cycle for weeks.

In Champaign County, reactions to the disaster first manifested themselves in memorial services and sermons at local churches.  At the First Congregational Church, the pastor did a day sermon on the sacrifice of wreck victims and he predicted better things to come following such a travesty.  In the evening sermon, the topic was “killing”, and the pastor talked about the needless loss of life on the railroad, in mines, and in factories.  At the First Baptist Church, the choir unannounced broke into “Nearer My God to Thee”, the song reportedly played by the Titanic band as it sank.  Other services were not so uplifting.  According to Reverend Findley from the First Presbyterian Church, “Place the blame for the Titanic disaster on the spirit of the age rather than upon the officers in charge of the steamship company.”

In addition to national reporting on the incident, some interesting local stories related to the disaster were found in the Champaign and Urbana newspapers.  According to an April 22 article from the Champaign Daily News, a consignment of foreign periodicals destined for the University of Illinois was lost on the Titanic.  In another story, local man John McHassey was arrested for public drunkenness and claimed he only drank to drown his sorrows from the Titanic disaster, although he did not know anybody aboard.  When asked by the judge why he was in court, McHassey responded, “I’m here because I am so tender-hearted…well, maybe you won’t believe it, but when I read of all those folks going down on that steamer, I felt so badly that I started drinking.”   The judge did not accept his excuse and fined McHassey $7.50.

Perhaps the most notable local reaction to the disaster came in the form of events to raise money for the victims of the wreck. The first effort was led by Everett, Price, Delphino, and Rotondo of the New York Comedy Four acting troupe. The group was performing at the Illinois Theatre in Urbana at the time. All former newsboys, they sold copies of the Urbana Courier on the street in front of the theatre on April 23. The papers were donated by the Courier and all proceeds went to Titanic survivors. The actors were accompanied by a clown and donkey as well as a small parade of ponies and a prettily decorated buggy to attract people to increase newspaper sales. That night, an unidentified robber broke into the Illinois Theatre to try and steal the proceeds. Luckily, Mr. Moor, the theatre manager, hid the $27.52 earned by the acting troupe in an old shoe in his office and the robber only secured $10 from the ticketing booth. 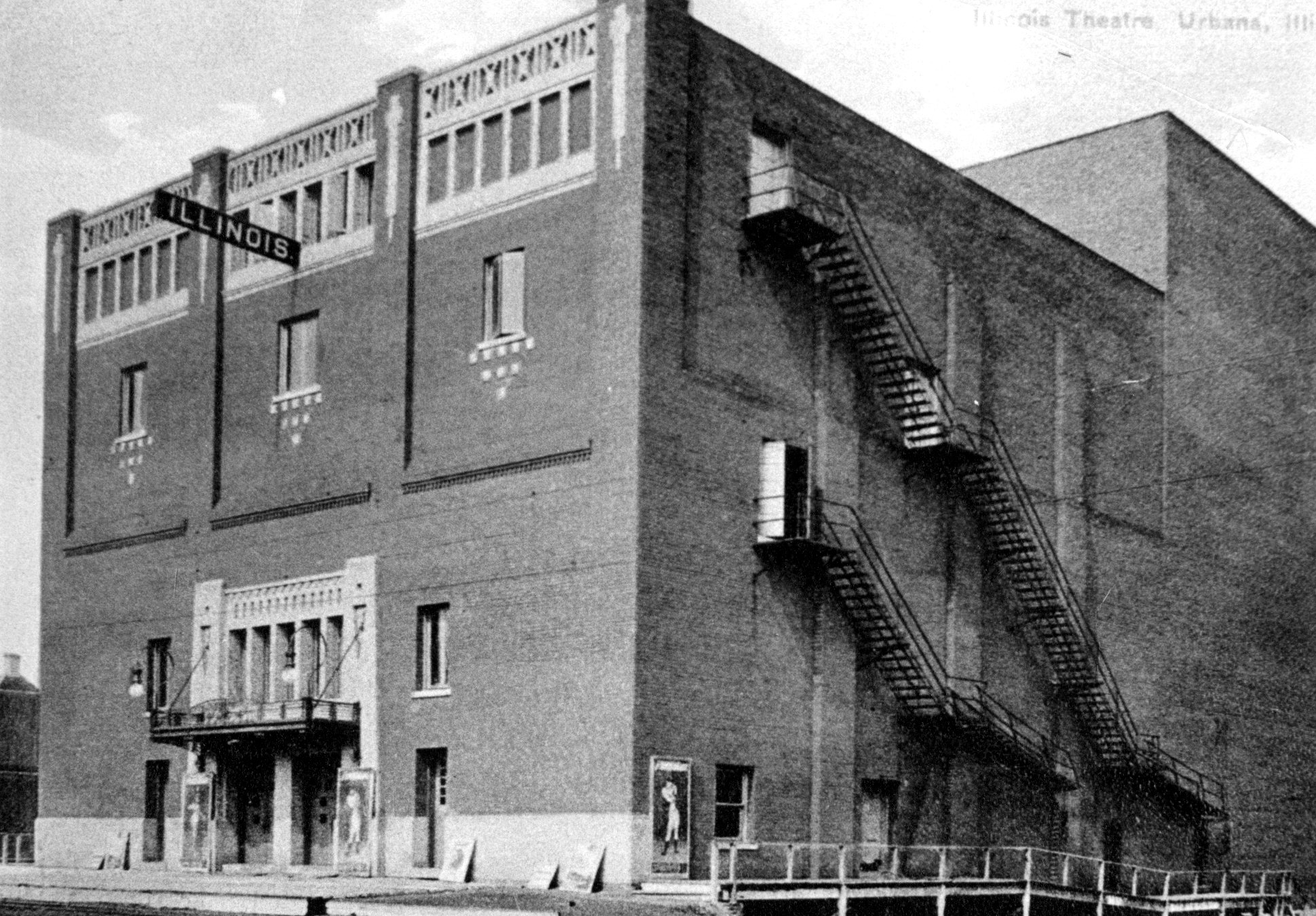 On April 24, the Varsity, Illinois, and Lyric Theatres announced they would hold benefit shows on Sunday, April 28 with all proceeds going to Titanic survivors beyond the costs needed to operate the events. Since the shows were scheduled for Sunday, the theatres required special permission to hold the events from their respective city mayors, which they both unquestionably agreed to grant. The shows at the Varsity were from 2-5pm and 7-10:30pm. Tickets were 10 cents and both shows were filled to capacity. This event featured slides of the Titanic and the Carpathia, the ship that rescued the lifeboat survivors. The night brought in $100 or about $2,700 in 2021 money. By May 4, the show included moving pictures of the disaster that contained footage of the Carpathia carrying survivors and their arrival in New York City. 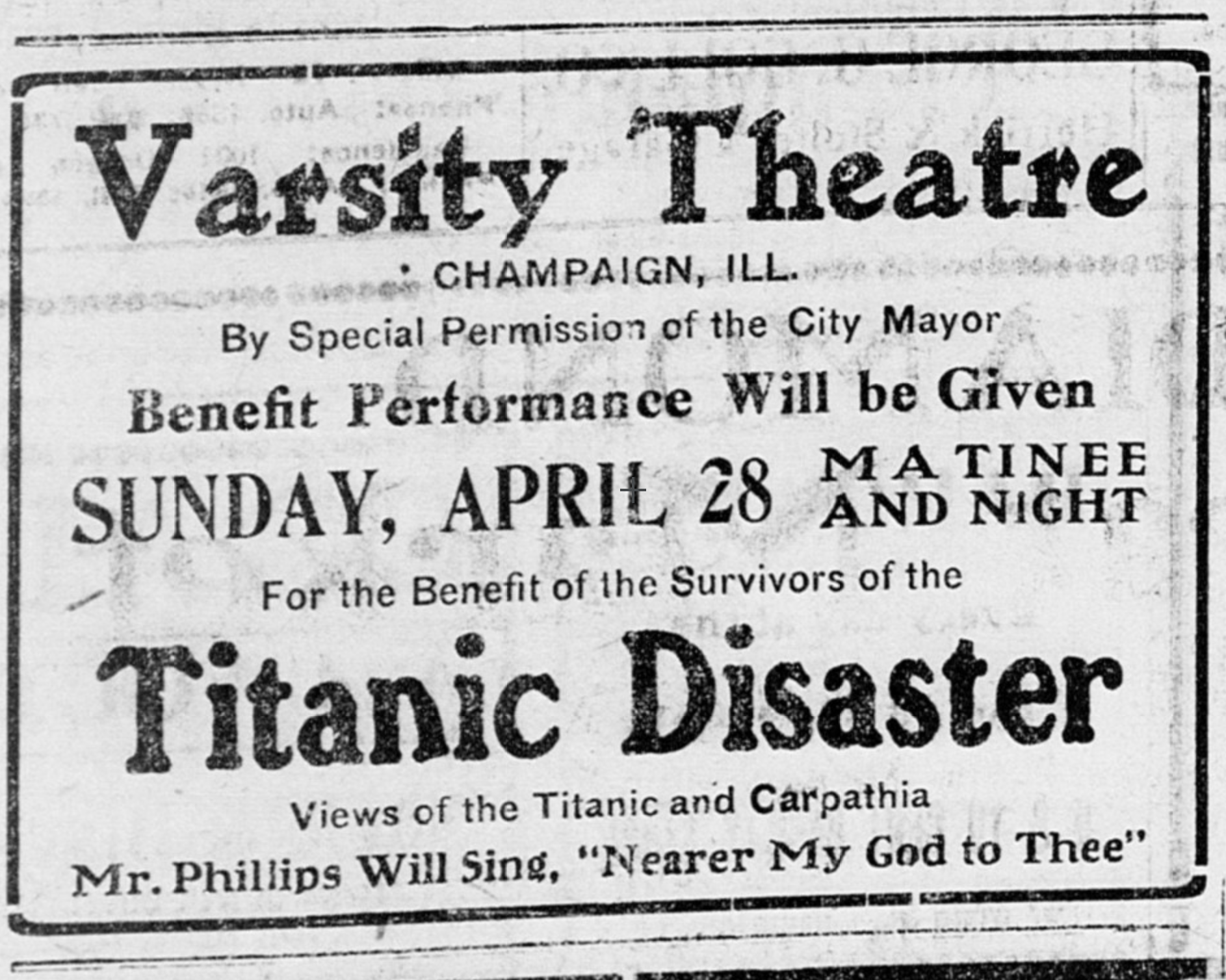 The Champaign Daily Gazette newspaper and the Lyric Theater co-sponsored a benefit show for victims of the Titanic at the Lyric with 10 cent tickets.  Their event included music from Urbana violinists Edna Meyer and Sol Cohen, the latter of whom became a nationally noted musician as a member of the Cincinnati Symphony Orchestra and Los Angeles Philharmonic Orchestra in the ensuing years.  The theatre was also trying to arrange to have a moving picture show of the Titanic, although they suggested it would likely be nature scenes because the Titanic footage would not arrive on time. 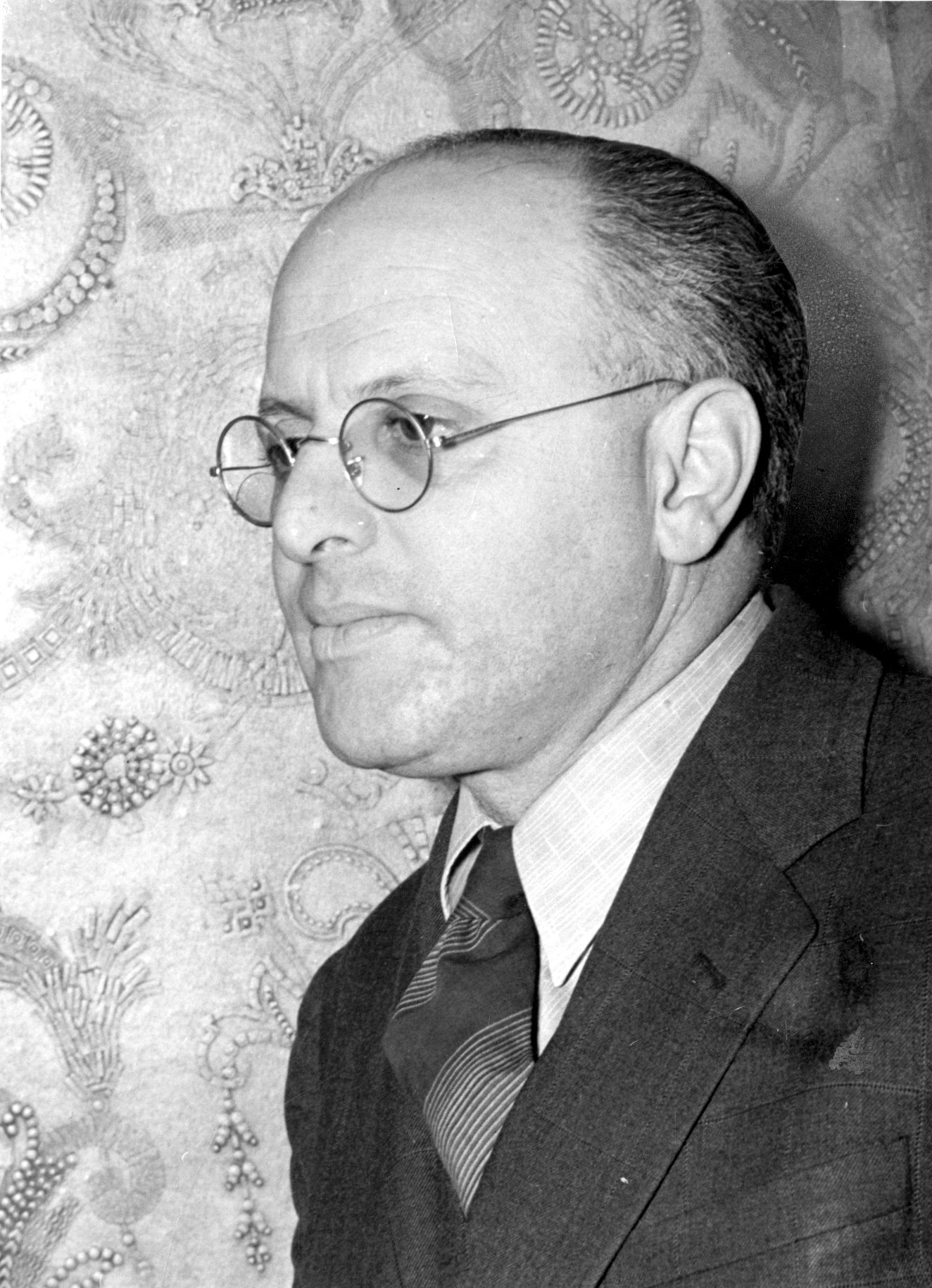 The event at the Illinois Theatre was a Vaudeville show that they advertised as a “Grand Concert”.  Prices were 10, 15, and 25 cents per ticket depending on the seat location.  The first act was a singing performance by a Miss Palmer, followed by an old-fashioned lullaby by Miss Cole of the Texas Tommy Dancers.  Next, they showed moving pictures of the Titanic that included shots of it leaving port in Southampton, the Carpathia picking up survivors in lifeboats, the Mackay Bennett enroute to Halifax with dead bodies, and several other views.  After this, the Pepper Twins performed two duets, then the Ricardo Sisters did the final performance with a song and dance number.  The show ended with a reel of moving pictures of a western romance.  The Titanic and western romance movies were accompanied by a 25-piece orchestra.  Like the Varsity show, the Illinois Theatre benefit garnered $100 for Titanic survivors.

Champaign and Urbana theaters were not the only places in Champaign County to raise money for the victims of the disaster.  The Knights of Pythias hall in Bondville held a benefit show on May 4 and raised $15.  In Urbana, Sol Reimund, the owner of the confectionary shop at 123 Main street, vowed to donate 10% of all his receipts from sales on April 28th.

After these events, the Titanic disaster moved from being a tragedy to an attraction.  Local venues in Champaign County showed moving picture footage related to the disaster to draw an audience rather than raise money for victims.  In Fisher, G.W. Smith showed pictures of the Titanic in place of the regular program at the opera house.  Over in Mansfield, the Amusement Hall showed footage to a “large crowd” on May 25.  In Champaign and Urbana, the Varsity and Illinois also kept playing moving pictures of the disaster well after the benefit shows.  In addition to public events, there were people who took advantage of the name in other ways.  W. A. Daugherty, printer for Flanigan-Pearson, bought advertising space in local newspapers to sell the wildly popular book The Story of the Wrecking of the Titanic by Marshall Everett, along with another title called Investing for Profit, for $1. 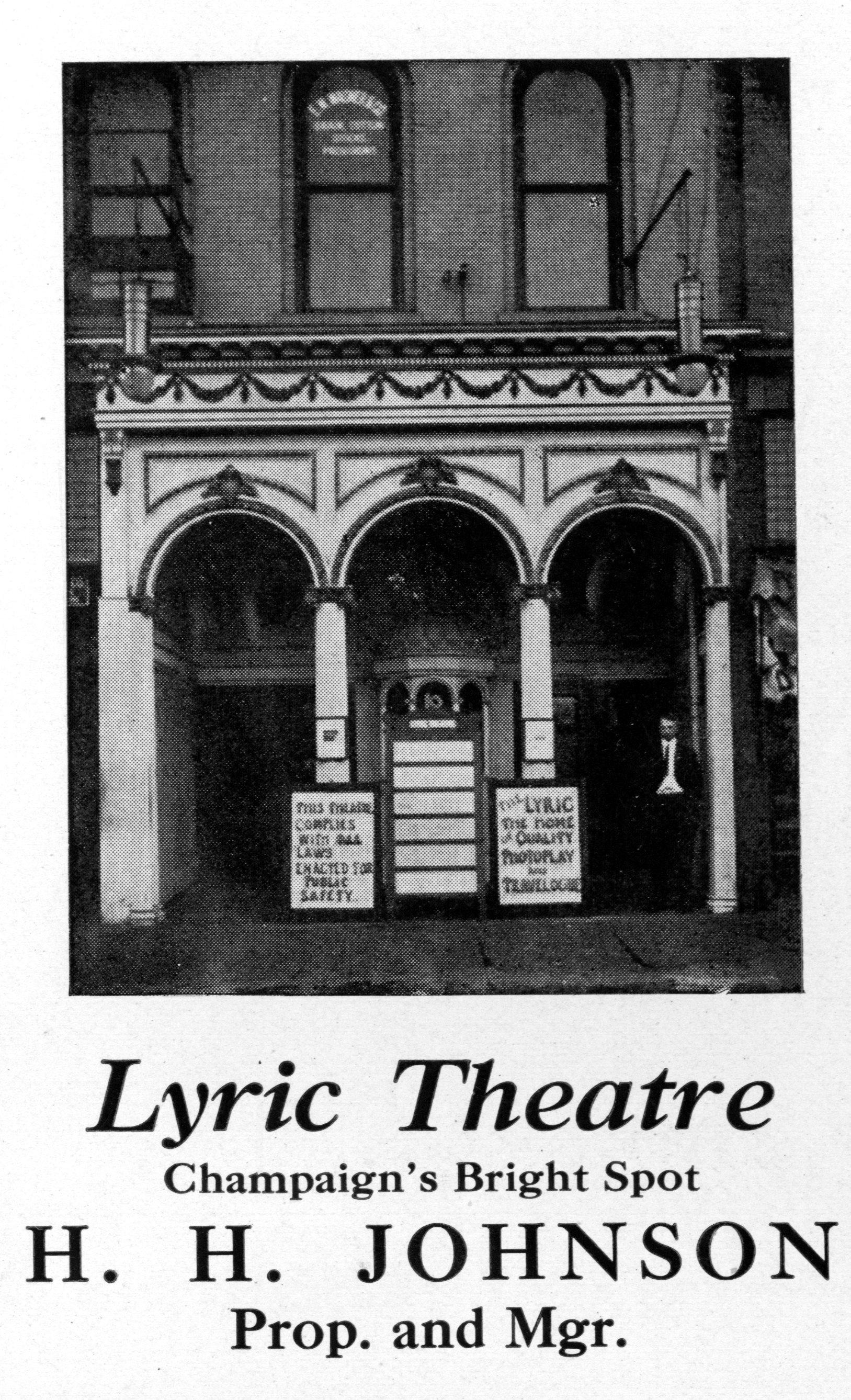 The venue that drew the most money from the Titanic disaster was likely the Illinois Theatre.  Near the end of May, the manager Mr. Moor was in Chicago on business and was fortune to make the acquaintance of the aforementioned Titanic survivor Ed Dorkings.  After Dorkings landed in New York City, the White Star Line Co. gave him $25, a ticket to La Salle, Illinois (where his Uncle lived), and made him sign an agreement that did not hold the company liable for the disaster.  Dorkings was robbed of his $25 before leaving New York, but made it to Chicago to meet his Uncle and then signed a contract with the Sullivan & Considine vaudeville circuit for a 40-week engagement. 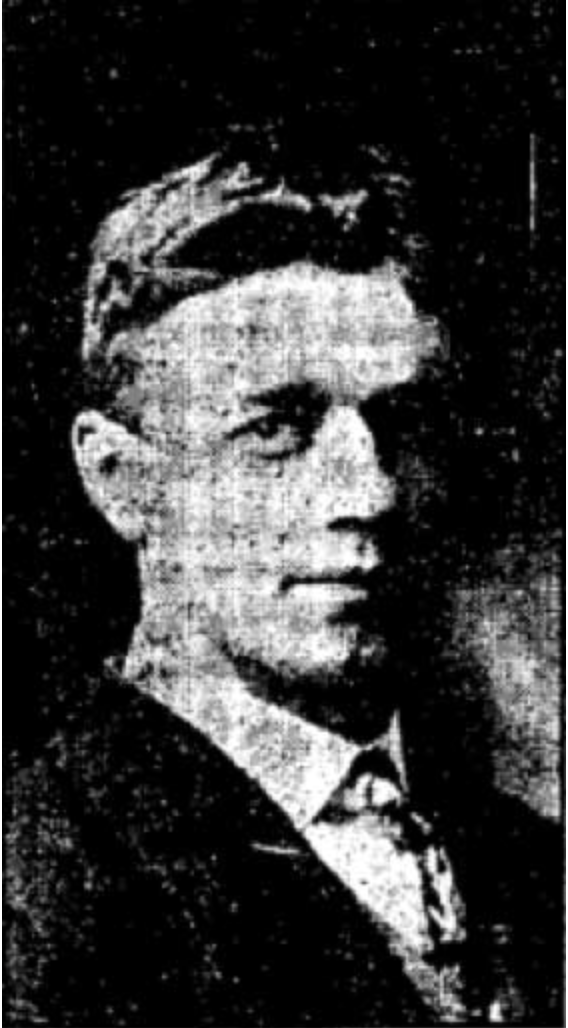 Urbana was the second stop on the circuit, with Dorkings act on May 23, 24, and 25.  Dorking was an “extra feature” on the show, which was predominantly a black-face minstrel act done by the Curtis Sisters.  Dorkings part included 25-30 slides of the disaster and up to an hour of answering questions.  In his performance, he claimed to be in the water somewhere between 30 minutes and 2 hours, something that was possible, but highly unlikely.  Dorkings also incorrectly claimed to be the last person to leave the Titanic.  This claim to fame is given to Charles Joughin, the chief baker of the Titanic, who dubiously asserted he clung to the railing on the starboard side of the ship and rode it down into the water as it sank like an elevator, not even wetting his hair.  Joughin was also saved by the capsized collapsible Lifeboat B.

By the summer, “Titanic views” became just another item on the bill at local events.  The 1912 Fourth of July celebration held in M.M. Jones grove south of Fisher was one such celebration with Titanic footage.  The event also included bronco riding, baseball between Fisher and Mahomet, returns from a prize fight, and a balloon ascension in the evening and it was attended by Senator William McKinley.