The Map Collection at The Champaign County Historical Archives

Merriam-Webster defines a map as "a diagram or other visual representation that shows the relative position of the parts of something." Here at the Champaign County Historical Archives, we like to think there is a whole lot more to maps than that.

Our map collection covers a lot of ground. The staff in the Archives spends a lot of time pouring over maps every day trying to unravel various patron requests, such as, "Do you have a map of the Boneyard Creek before the City of Champaign made improvements?" Why, yes, we do! Or, "Do you have a map of the original Country Fair Mall and what stores were there?" Of course! A lot of map questions that Archives staff members get are about original streets and roads in the county, where they were, what they were called, and when they were platted. We have maps that can show all of that. 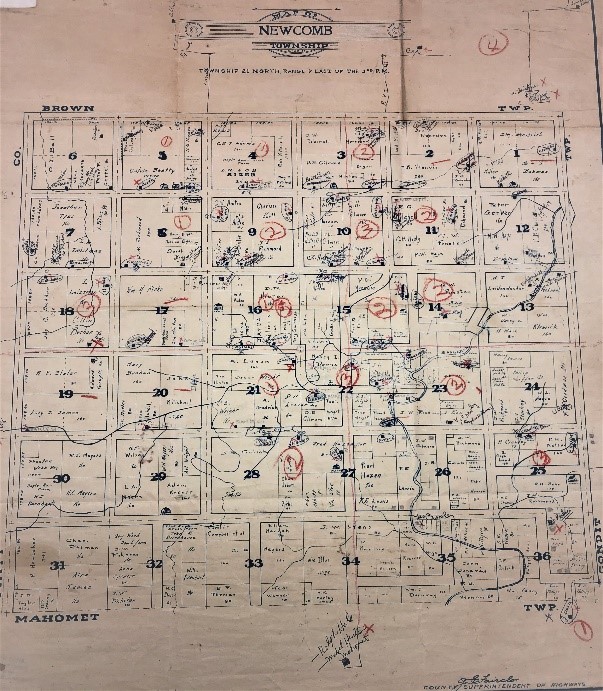 Cemetery maps and drawings are also important. The Archives has a large collection of books and maps depicting many of our citizens' resting places. Some of the maps are hand-drawn, and some are professionally rendered, but either way, the information offered is critical to people doing genealogical and other types of research.

Plat maps are also an important part of research. They show how a tract of land has been divided into lots and may show ownership. The Archives has many plat maps as well as Sanborn Fire Insurance Maps, which are detailed maps of U.S. cities and towns in the 19th and 20th centuries. Originally published by The Sanborn Map Company, the maps were created to allow fire insurance companies to assess their total liability in urbanized areas of the United States. These maps allow us to see how a town was originally laid out and gives a detailed look at street names and other valuable information. 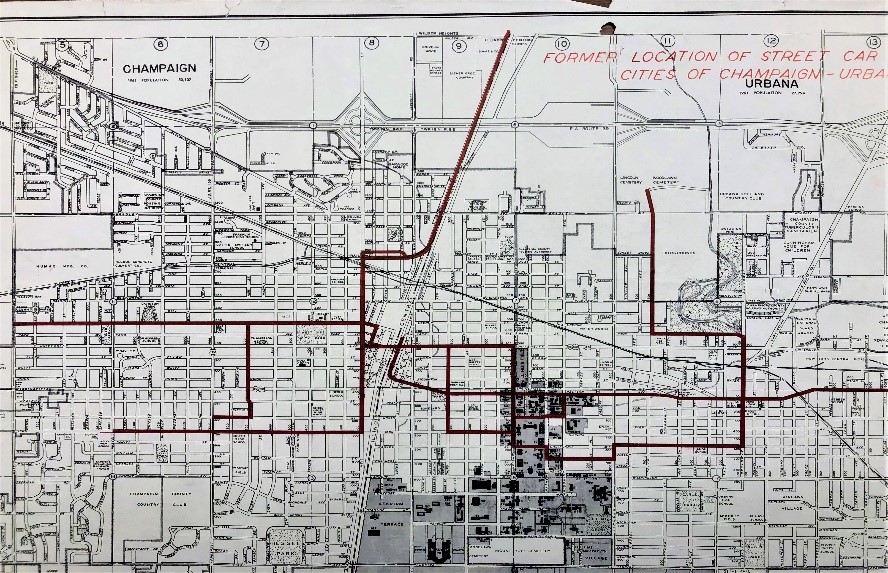 Have you ever been in a conversation about where a certain restaurant or bar, or grocery store used to be? Do you ever wonder exactly when a place was torn down or what used to be on a certain corner before someone built that tall apartment building? Some of our specialty maps might be able to help you figure that out. Our map collection contains quite a few promotional-style maps, often published by retailers or downtown business associations. These maps bring an area to life in a way that simple listings of names and addresses can't. Having a colorful rendering of an area can show not only the store you were looking for but can place it in context with other stores, restaurants, and businesses which can help in your overall research. 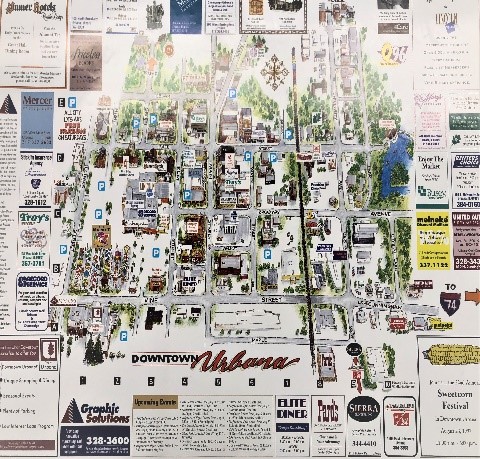 Maps not only tell us where we are, but they can show us where to go next. They show us where we've been and illustrate the world for us in ways that the written word alone cannot. If we can help you find anything in our map collection or any of the many, many other map resources at the Archives, just get in touch.