A 1942 newspaper article announced that the Champaign County Fair Association still intended to hold the fair that year, despite difficult war conditions, remarking that it would be even more important for residents due to other fair and vacation cancellations. The next year, there was no question the fair would go on, and it turned out to be “one of the best years since its revival in 1939.” 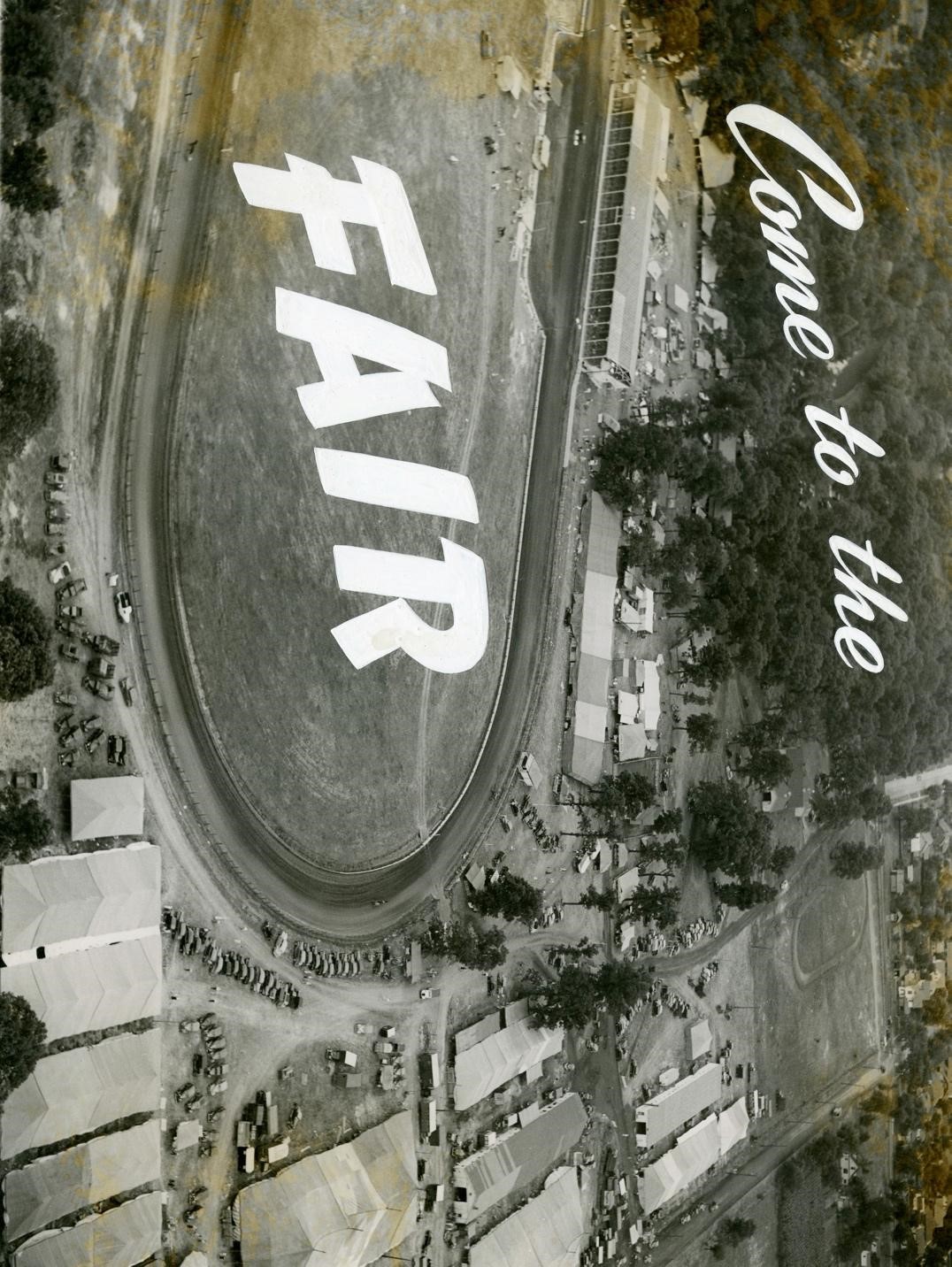 Although the fair grew rapidly in popularity in the 1940’s, this growth was not without incident. In 1943, two people died on one 91 degree day. Furthermore, it appears that the Association’s finances were inconsistent throughout the decade. An article about the fair from 1943 explains that “the Champaign County Fair is rated by state officials as the second finest in the state, exceeded only by the DuQuoin State Fair ‘which is run by millionaires.’  The fair organizers clarify that the fair is for the people, not for profit. A News-Gazette article from December 29, 1949 also hints at the fair’s financial situation. The Association received $14,812 in state funds, most of which went to Busey Bank to pay off loans used to fund fairs in previous year.

But to the community, the fair remained a vital, late-summer event. Part of the fair’s success in the early 1940s can be attributed to the popularity of the new horse show. In 1940, only the Horse Show’s second year, about 55,000 people attended to watch the 165 horses compete. The program for the 1941 show urged spectators to “Watch the entries, check the events, follow the judging and awarding of points—in short, enter into the spirit of the occasion.” The 1943 fair had the largest number of horse show entries yet, with seats selling out for many of the shows. In 1945, there were over 40 different events in the horse show, spread out over 4 nights. The Horse Programs in the Archives list horse event categories, owner names, horse names, and numbers. Some of the programs, from 1939, 1940, 1941, and 1942, even include handwritten notes with winner numbers and last-minute race additions. Some horse name highlights from the 1950 program include Bougie, Mr. Chips, Flirty Lou, and Air Borne. The programs are also an interesting source of advertisements for Champaign-Urbana businesses. 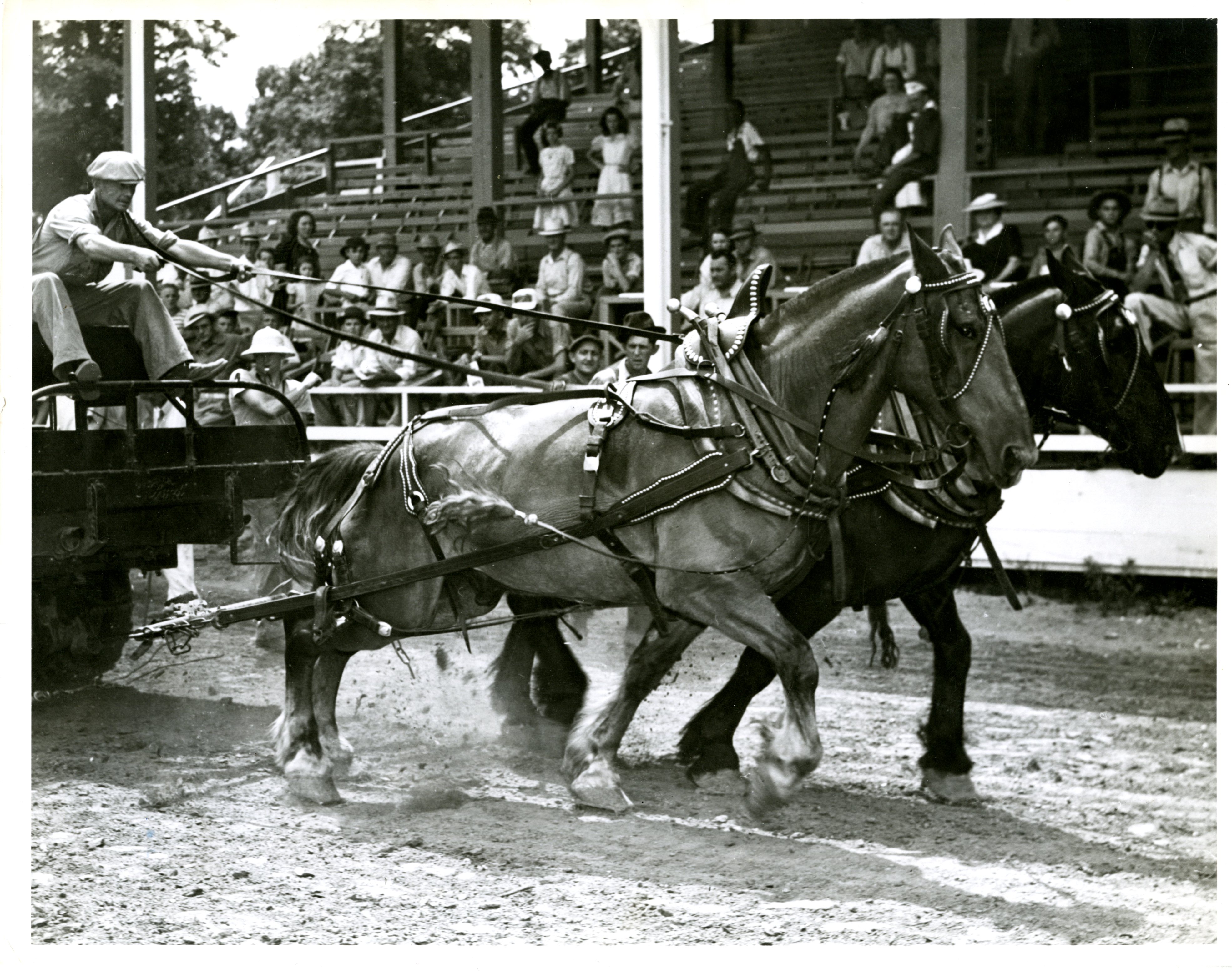 Photograph of Payne and Reidelberger of Pinckneyville, driven by E. L. McCune, winners of the under 3,000 pound class in the Horse Pulling Contest at the Champaign County Fair in 1940, published in the Evening Courier. The horses pulled 3,000 pounds for nine feet.