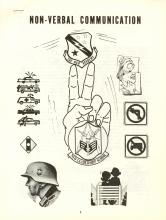 Anybody who regularly reads my blog posts is aware that I am a huge fan of former base historian Chief Master Sergeant Donald O. Weckhorst. Weckhorst arrived at Chanute in 1952 and dedicated nearly his entire life to the base, including researching and authoring the 75-year pictorial history of Chanute Air Force Base, helping found the Chanute Heritage Foundation, and founding the Octave Chanute Aerospace Museum. One of Weckhorst’s pet projects at the base during his final years of active duty was the creation of the non-verbal communication program. According to Weckhorst, “nonverbal communication is sometimes called ‘body language, but that is not entirely accurate---there is more than the body involved.” He described nonverbal communication as the study of body language, also known as kinesics, which Mirriam-Webster’s defined as “a systematic study of the relationship between nonlinguistic body motions (as blushes, shrugs, or eye movement) and communication. 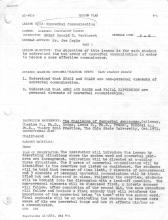 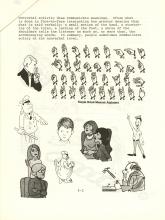