Chanute through the Decades

The Chanute Collection contains 8 folders and one oversized box of aerial photographs. The photographs were taken of the base throughout its entire operation from 1917-1993. Viewing photographs from the following decades show how Chanute transformed over the years: 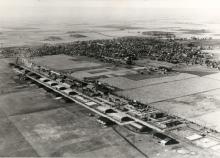 Chanute Air Force Base in the early 1920s
View of the field with the village of Rantoul behind it, looking northwest. 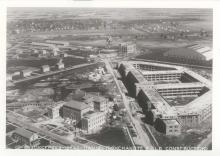 Chanute Air Force Base during massive construction from 1938-1941.
This photograph shows the newly constructed hospital/clinic and White Hall in 1940. 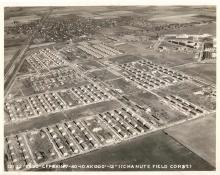 Aerial view of the base post-construction,
looking north with the village of Rantoul in the background.

1980s view of Chanute looking southwest.
This photograph shows the base the decade before it closed. The village of Rantoul is in the lower portion of the photograph.