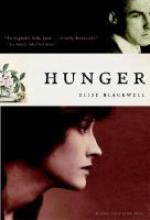 Hunger
Elise Blackwell, 2003
The German siege of Leningrad lasted 900 days. For the employees of The Research Institute of Plant Industry in Leningrad, the home of hundreds of thousands of seed and plant specimens collected from around the world, the siege presented a special challenge: as the food supply dwindled, the collection became something to eat. Blackwell offers a unique look at human strength and weakness and the blurred line between the two in times of extreme stress.
F / BLACKWELL 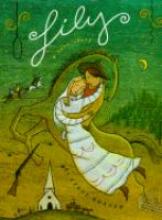 Lily: A Novel
Cindy Bonner, 1992
Lily is a good, hard-working girl. Raised in the late 1800s in McDade, Texas by a stern and controlling father, she knows the rules and she follows them. At least, that’s the way it is until she meets Marion “Shot” Beatty and falls head-over-heels in love. Lily is not the first good girl to fall for a bad boy, but this one is a bona fide outlaw, and the vigilantes, led by her father, are ready to ride. Will there be a hanging or a wedding? Or both?
F / BONNER

Sapphira and the Slave Girl

Willa Cather, 1940
This is Willa Cather’s final novel and the only one set in Virginia, the state where she spent her earliest years. Sapphira Colbert, the aging mistress of Mill Farm, now confined to a wheelchair, begins a subtle but relentless persecution of one of the slave girls serving her. The evil of her design is worked out behind the façade of good manners and comfortable charity that have always characterized life at Mill Farm. Written with her characteristic skill, Cather’s exploration of the issues of race, gender, authority, and complicity is both historical and timeless.
F / CATHER
PB / F / CATHER

The Circus in Winter
Cathy Day, 2004
Lima, Indiana was the winter home of the Great Porter Circus from 1884 to 1939. Combining fact and fiction in a variety of formats, Day weaves a series of interconnected stories into a finely-crafted and unique whole. By turns, poignant, sad, hilarious, shocking, Day illuminates the life of the circus and the lives it touched over three generations in the small-town Midwest.
F / DAY

The Little White Car
Danuta De Rhodes, 2004
One night, Veronique, a young Parisian suburbanite, bored with her boyfriend, decides she’d be happier home alone. Though somewhat inebriated, she drives off in her little white Fiat. Next morning, awakening in a bit of a fog, Veronique finds herself smack in the middle of an International Incident: the whole of France is searching for a little white Fiat and its driver. This one’s as fast and fun as … a little white Fiat.
F / DE RHODES 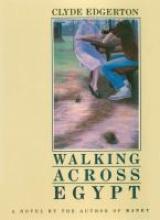 Walking Across Egypt
Clyde Edgerton, 1987
Mattie Rigsbee is 78 and living alone in a small town in North Carolina. A staunch Christian, Mattie stays busy and takes good care of herself, but she suffers from a lack of grandchildren and her own children show no interest in correcting this situation. Desperately hoping for at least a stray dog, Mattie finds a delinquent adolescent on her doorstep instead and starts boldly down the path to grandmotherhood on her own.
F / EDGERTON 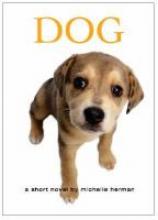 Dog: A Short Novel
Michelle Herman, 2005
Jill, a poet and professor of creative writing, has lived in the same Midwestern town for fourteen years, but still considers herself an outsider. Leading, by choice, a largely solitary life, she one day finds herself driving home with an adopted “rescue” dog. Caring for a nine-month-old pup upsets a few routines, of course. The dog is a very appealing character but this is not an animal story. It is Jill’s story — a penetrating look at the power of attachment and the meaning of home.
F / HERMAN

Timothy, or, Notes of an Abject Reptile
Verlyn Klinkenborg, 2006
This is the “true” story of a turtle transported from the Mediterranean to the village of Selborne, England in the 18th century. Timothy lived for more than fifty years in the garden of Gilbert White, village curate and amateur naturalist, who carefully observed and recorded the lives of Timothy and other curiosities of nature. Timothy, however, was a careful observer as well, and here we have the tortoise-eye view of life in Selborne, including insights on that most curious creature of all, the human.
F / KLINKENBORG

Death and the Penguin
Andrey Kurkov, 2001
A down-and-out journalist in Kiev accepts a job preparing advance obituaries for famous still-living people. He likes the work, but despairs of ever seeing his work actually in print. Then a pattern begins to develop: he completes an assignment and the person dies within the week! In addition, there’s the problem of that penguin living in his bathroom. That’s another story altogether. Or is it?
F / KURKOV

Always Outnumbered, Always Outgunned
Walter Mosley, 1998
Socrates Fortlow served twenty-seven years in an Indiana prison for murder and rape. Now, seven years after his parole, he’s living in Los Angeles and trying to return good for the evil in his past. But what is good in a world out of whack? For a black ex-con, an often angry man with rock-breaker hands, a poor man living close to the streets, the “rules” often just don’t apply. Socrates has 57 years of hard-won experience and finds his own unique way to do the right thing.
F / MOSLEY 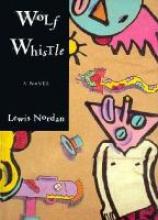 Wolf Whistle: A Novel
Lewis Nordan, 1993
Lewis Nordan was 15 years old the summer Emmett Till was murdered in a nearby Mississippi town. This novel is an imaginative retelling of that story. With a keen ear and an obvious affection for the poor people, black and white, of the Mississippi Delta, Nordan’s story rocks along with a rhythm all its own. It is the story of a community, at times touching, at times humorous, but, ultimately, unflinching in its illumination of evil done in the name of righteousness and racism’s pervasive poisoning of the human spirit.
F / NORDAN 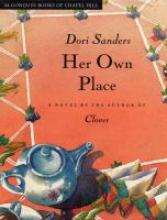 Her Own Place: A Novel
Dori Sanders, 1993
Mae Lee Barnes spends most of her life on the farm where she was born in South Carolina in 1925. Marrying young, she eventually finds herself raising five children alone. Being African American in a time of social upheaval and change brings additional challenges. Now, her children grown, Mae Lee finally has her own place in town and the time to look back and reflect on an ordinary life rendered extraordinary by an indomitable spirit and unwavering dignity.
F / SANDERS

The Minotaur Takes a Cigarette Break
Steven Sherrill, 2000
Surprisingly enough, the Minotaur is alive and well, living in a mobile home park in North Carolina. It’s not easy being the Minotaur; 5000 years is a lot of history to carry around and those bull’s horns aren’t well accommodated by most human furnishings. But he manages: he has his job as prep cook at Grub’s Rib and relationships of a sort with some of the fully human. Sherrill has created a fully realized character and a poignant story of difference and the possibilities of connection.
F / SHERRILL