During the spring of 1937, one intrepid Courier reporter took the citizens of Champaign-Urbana on a 6 part series tour of Champaign’s gambling dens.  For this week’s #TBT we bring you pictures from North Market Street aka ‘Gamblers’ Row.’ 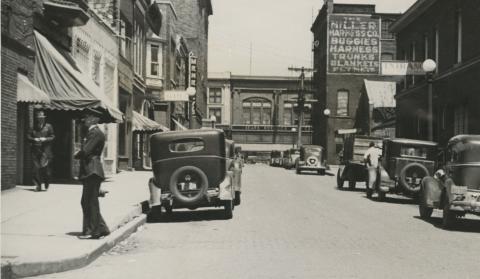 “It’s a dull job Patrolman Charles Cole of the Champaign police force has been assigned to by Chief Roy Argo. His beat is confirmed to “Gamblers’ Row,” North Market Street. When this picture was taken it appears that Patrolman Cole was watching the entrances to 103 and 105 North Market street out of the corner of his eye.” 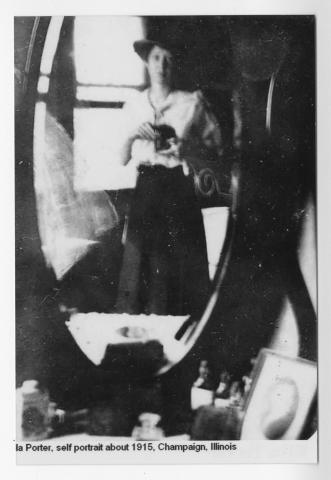 Selfies are a new trend, right? But, wait! Look at what we discovered. A self-portrait (selfie) of Ella Porter dated 1915! Maybe selfies aren’t as new as we thought.

Read more about Throwback Thursday: The Self Portrait

For those who don’t know, naturalization is the process where an immigrant, or non-citizen can legally apply for citizenship. 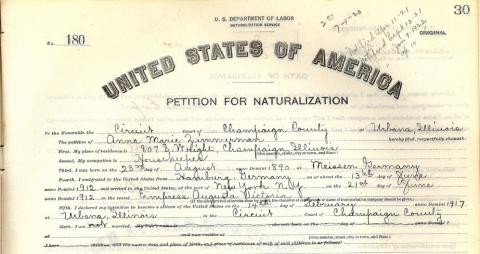 Read more about Women and the Process of Naturalization 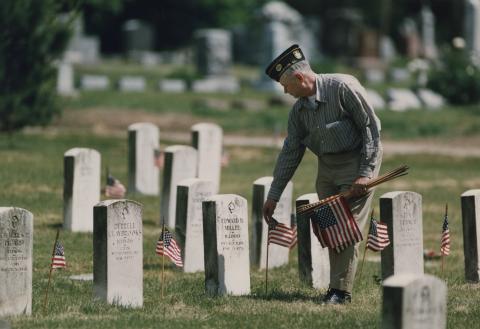 #TBT "Dick Stillwell, 58, of American Legion Post 24 in Champaign, has been helping decorate graves of veterans with American flags since he was a junior in high school helping his father, who was a veteran of World War I and II."

Read more about Happy and safe Memorial Day everyone.

The open air school movement was based on the concept that fresh air, good ventilation and exposure to the outside contributed to good health. Originating in Europe, the model was quickly adopted by the United States as a way to provide care and education for children who were anemic, malnourished, or who had been exposed to tuberculosis. The first open air school in the United States was located in Providence, Rhode Island (1908).

While in Europe the schools were usually conducted in forests or rural compounds, the open air schools in the United States were often placed in unused school buildings, ferryboats, roofs, porches, or tents [1]. The first open air school in Chicago was conducted by the Chicago Tuberculosis Institute in cooperation with the school board during the summer of 1909. It was so successful that a year-round school was opened on the roof of the Mary Crane Nursery located in Chicago’s city center [2]. In addition to the benefits of fresh air, hygiene and nutrition were also emphasized. Students were fed a morning snack, a hot dinner, and a glass of milk if possible [3]. 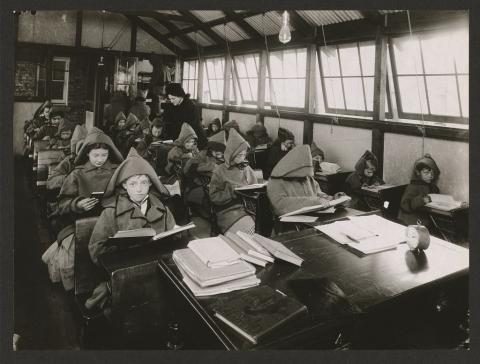 Read more about The Benefits of Fresh Air in Education

Anyone who has conducted genealogical research knows that sometimes finding female ancestors can be a tricky business. 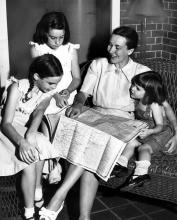 Sometimes women can be found by searching a husband's name. For example, this photograph of the Springer family is located in the "Springer, William L." Photographs envelope at the Champaign County Historical Archives. 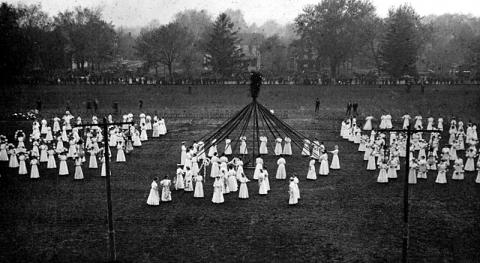 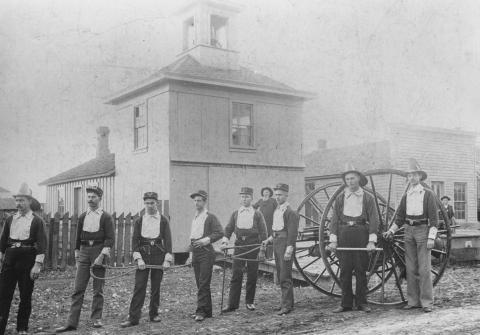 Read more about Make way for the Hose Company!

Spring is in the air and professional baseball teams are having their season openers all across the country. Here is a peek at Champaign County baseball teams from years past. 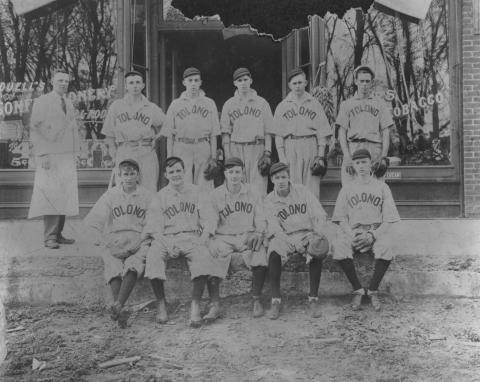 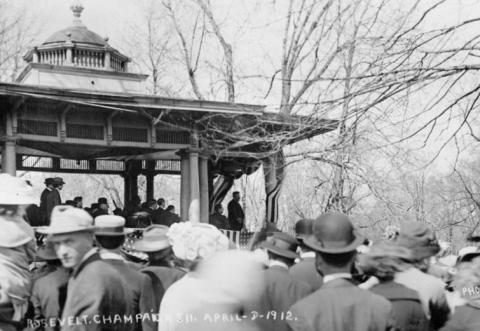 On April 8, 1912, President Theodore Roosevelt, Progressive Republican candidate for the 1912 presidential election, visited West Side Park in Champaign to deliver a campaign speech from the park's bandstand.