The open houses hosted by the Chanute Air Force Base were a way to involve the community, opening their doors to civilian and military personnel, as well as the neighboring community. In the Open House Files collection, there are papers, correspondence, itineraries, and pamphlets surrounding the running of the Chanute Air Force Base open house events. Another document found in this collection, in box 2, folder 1, is the June 1982 copy of Free Time, Chanute’s recreation magazine. In this magazine, there are calendars of food and fun as part of National Recreation Month! 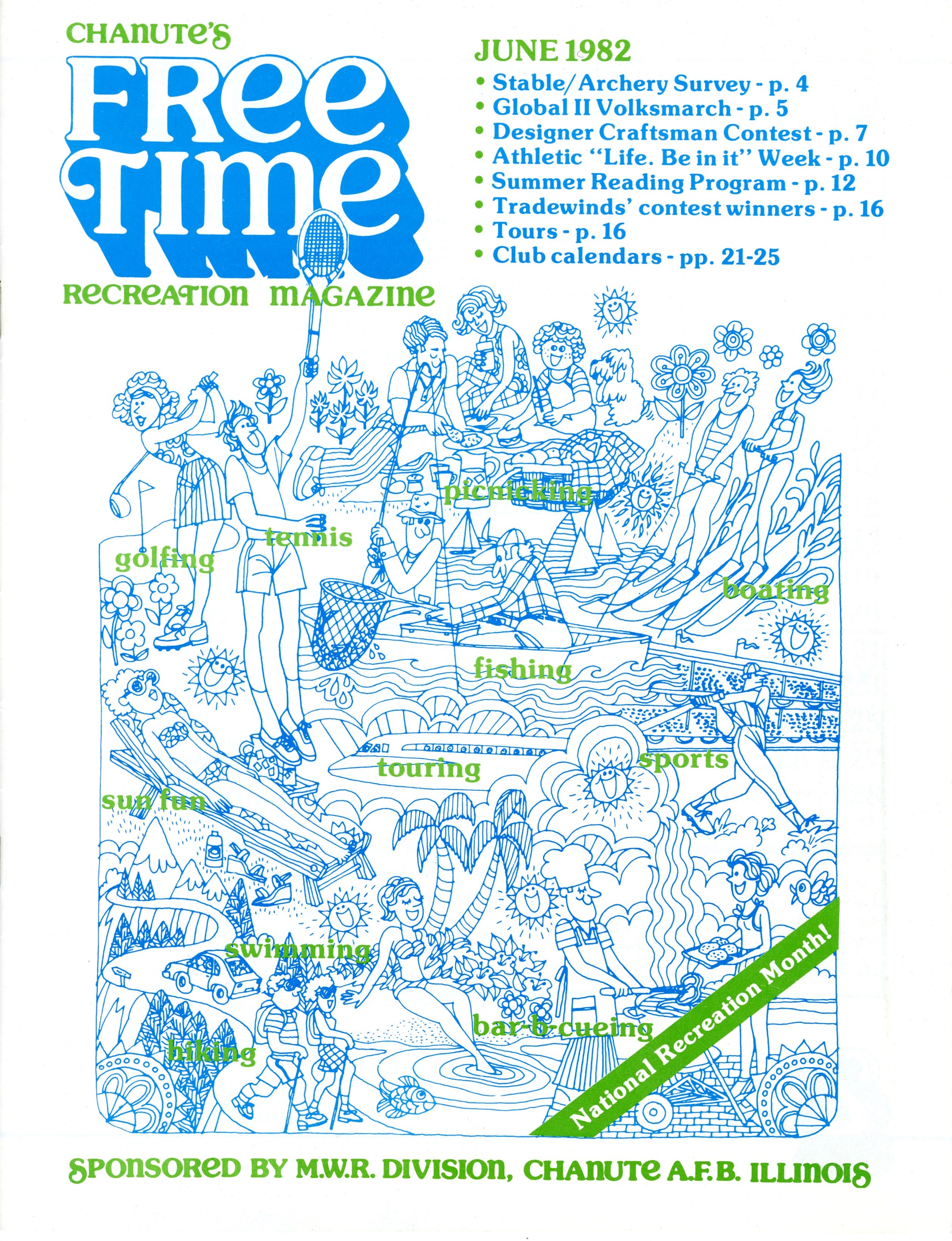 As leaves turn red and temperatures drop each autumn, we know that winter is slowly creeping up on us in Illinois. Have you ever wondered how the winters of the 21st century compare to those of the 20th? Prepare for the coming cold weather by joining the Tolono Public Library District and the Champaign County Historical Archives for a peek into Illinois’ wintery past.

Read more about Photographs on View at the Tolono Public Library

One of the most common questions we get here in the Archives is regarding the history of a patron’s home. When was it built? Who was the architect? Do we have any archival photographs?

My name is Savannah Adams, and I am the Archives Apprentice for the Champaign County Historical Archives of The Urbana Free Library. I am a first-year graduate student at the University of Illinois, Urbana-Champaign, working towards a MS in Library Science and Information. My focus is on archival materials, special collections, and library preservation. I’m digitizing and cataloging recently acquired building and home surveys conducted by the Preservation and Conservation Association (PACA) in Champaign County for my first semester project.

Here in the Archives, we have recently received several questions about the Urbana fire of 1871. While searching for information, I came across several photograph envelopes that relate to fires throughout Champaign County. I learned that the area is no stranger to fires. The 1970s and 80s were particularly eventful for fire departments. Despite the tragedy and loss that fires can cause, several area businesses (including the library) survived through them and are still with us today. Read more about New Flickr Album: Champaign County Fires

This week wraps up Hispanic Heritage Month. Here are some Latinx resources in the Archives that you can explore all year round. 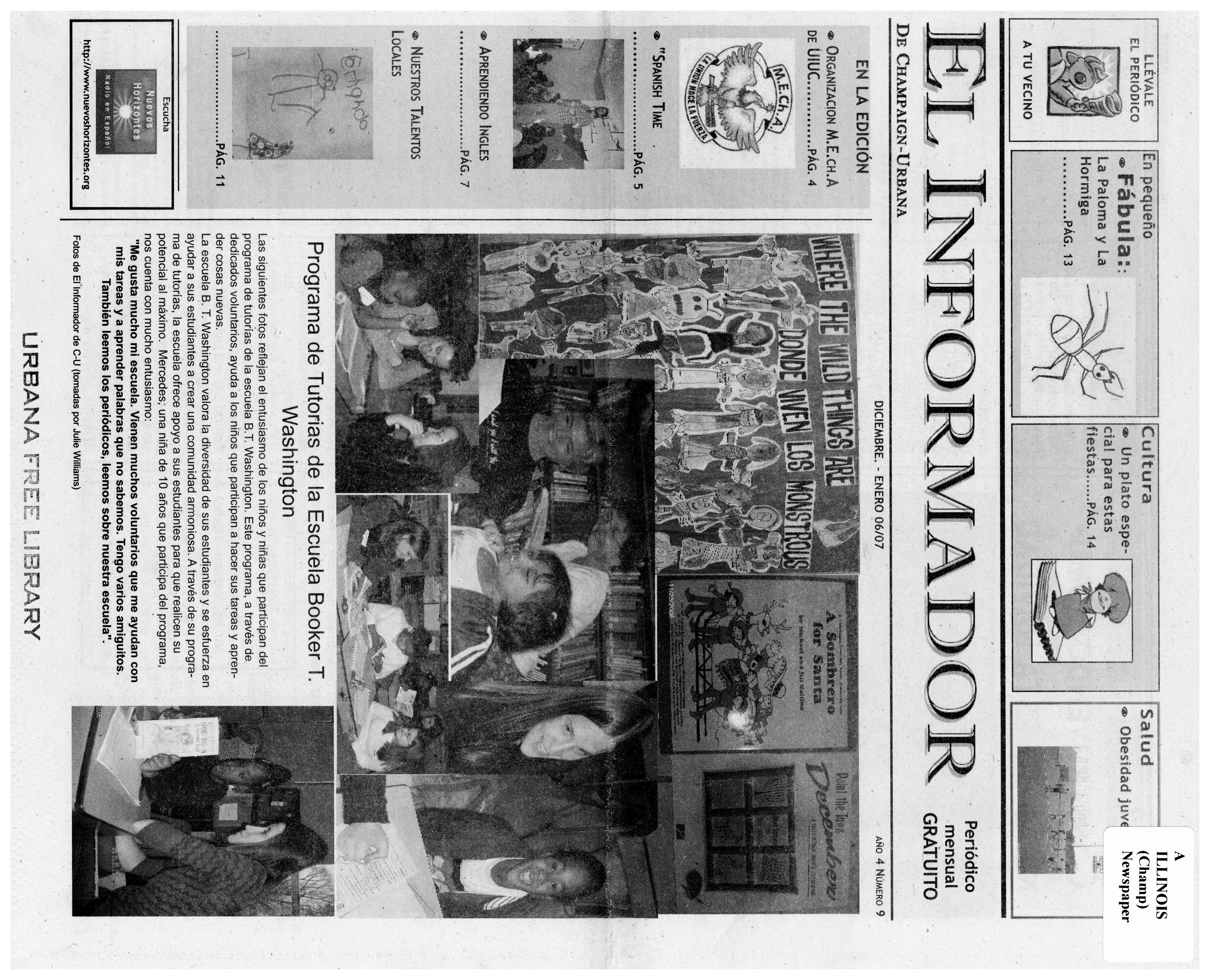 In honor of International Day of Rural Women on October 15th, let’s take a look at an item from the Chanute Subject Files Collection that celebrates rural women’s historic contributions. Don Weckhorst, base historian at the Octave Chanute Aerospace Museum at the Chanute Air Force Base, visited many museums around the United States to get ideas, network, and bring back materials for his own research. One visit in particular caught my attention, to the Richard E. Oetken Heritage Museum in Mt. Pleasant, Iowa. Read more about The Life of a Rural Midwestern Woman

All archives have unique focuses and collecting areas. Once in a while we receive a donation that doesn’t quite fit within our collecting scope. Archives Librarian Sherrie recently made an interesting discovery about one of these misfit donations. 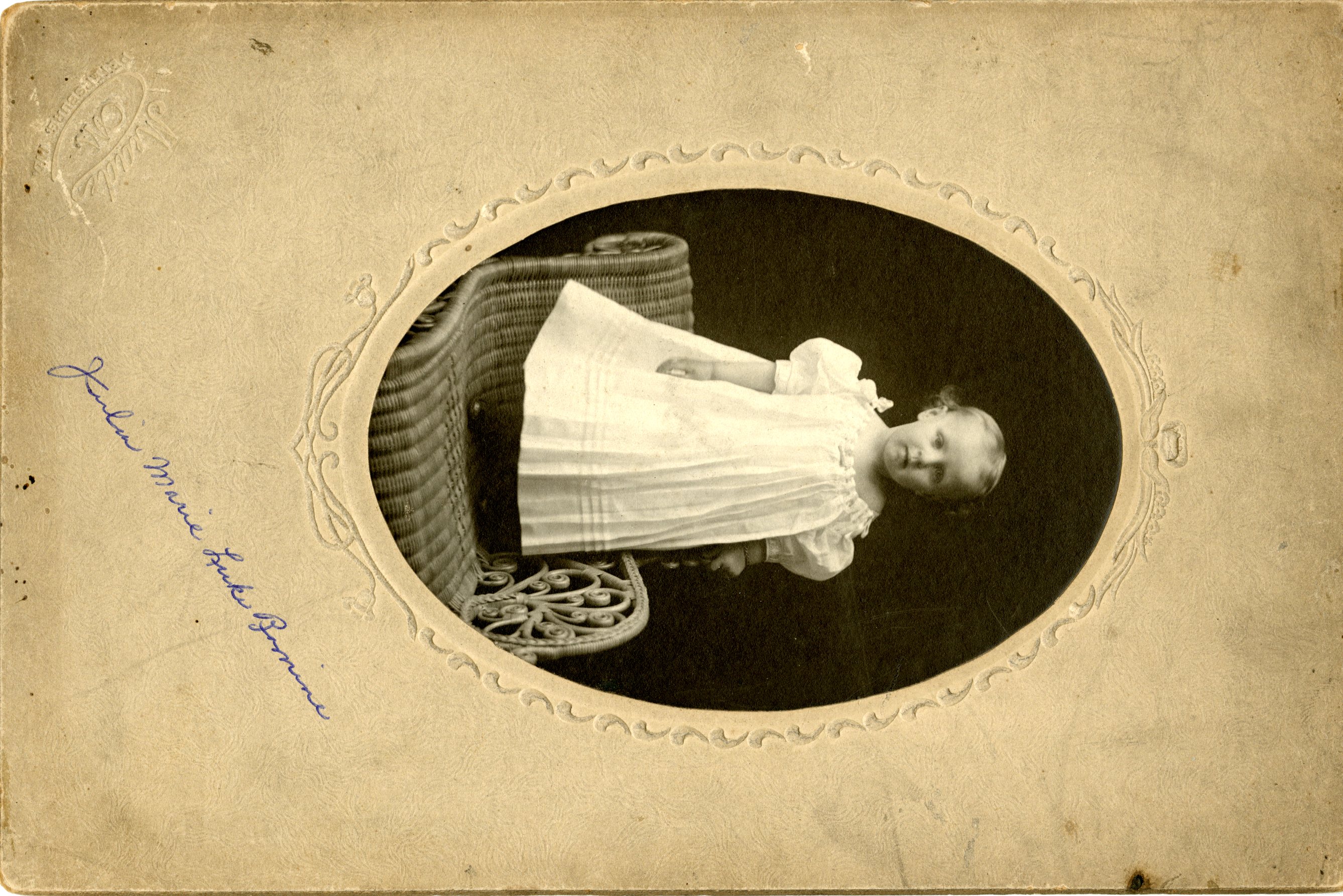 Read more about Finding the Right Home for a Recent Donation

One often overlooked resource in cemetery research are records of the various monument companies who made the gravestones. The information in these records varies but may include details about the deceased and the person ordering the gravestone. These records usually include the date the order was placed, size and type of stone used, cost, and where and when it was to be delivered. Some entries include drawings of how the stone would look, and other orders were cancelled or never made. Since some of the orders were placed months or years after a death occurred, the records may not always be accurate, or a correction may have been made in a later entry. These records can take the mystery out of unreadable gravestones and give the researcher a starting point for the death and burial location.