Sometimes, little treasures from the past show up in entirely different places than imagined. 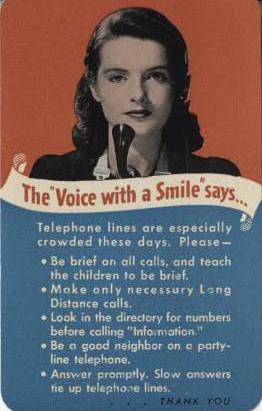 Read more about "More and More, War is Using the Telephone..."

This May marks the 100th anniversary of the former Chanute Air Force Base. The Champaign County Historical Archives is celebrating Chanute's history by hosting an exhibit and a Town & Gown event.

In 1967, Chanute observed another anniversary. Chanute’s 50th Anniversary kicked-off a summer of celebrations at the base. The festivities included:  Read more about Chanute's Golden Anniversary

This year the former Chanute Air Force Base in Rantoul, Illinois celebrates its 100th anniversary. The base was established May 1917, following the United States’ entry into WWI and trained over 2 million servicemen and women during its 76 years of operation. Read more about This May marks 100 years for the former Chanute Air Force Base, 1917 - 1993

Two collections have recently been processed by Archives staff and are now available for researchers. Read more about Recently Processed: PRC Records and Race Inn Collection

As Ebertfest 2017 wraps up, it seems an appropriate time to share this schematic of the Virginia Theater projection booth from 1967.

I have been indexing obituaries for the past 5 years from the News-Gazette into Local History Online, the online catalog for the holdings of the Champaign County Historical Archives.

Read more about A Mother's Obituary

Chanute Air Force Base held Open Houses for the citizens of Champaign County from 1926 until the base closed in 1993. Thousands of people attended the Open House celebrations to watch air shows, see airplane exhibits, and meet the Air Force soldiers. 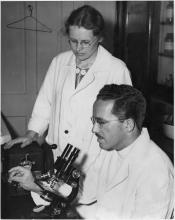