From 1983 to 1992, Donald Weckhorst worked tirelessly to complete an impressive pictorial history book about Chanute Air Force Base. Along with the over 300 people who donated records for the book, Weckhorst also reached out to a young self-taught artist named Norine Welk to do some drawings for the book. Welk drew ultra-realistic landscapes and portraits using ballpoint pens and colored pencils on cream-toned paper. Read more about Chanute Spotlight: Norine Welk, Air Force Artist 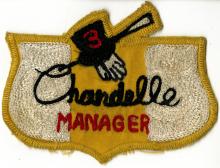 Here in Champaign County the school year is drawing to a close. University students have finished their Spring semester, many have headed home for the summer, and K-12 students and teachers are eagerly awaiting their own summer break. For those individuals in the Air Force, however, education is often asynchronous. Basic Training is and was, generally, eight and a half weeks long and the technical training that followed could vary from six to 72 weeks depending on the career field that the airmen and officer’s followed. Read more about Technical Training at Chanute Air Force Base 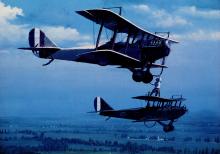 The first airplane to reach Chanute Field was a Curtiss JN-4D “Jenny.” Traveling over sixty mph, Chanute Captain W.W. Spain passed over the base on Tuesday, July 3, 1917 at 11:25am. Residents from Rantoul and nearby Paxton gathered on the streets and watched from railroad tracks as the Jenny flew more than 1,000 feet above them. Read more about Chanute Spotlight: The Curtiss JN-4D “Jenny” 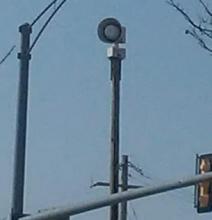 It is officially springtime and we are heading into ripe storm territory. Luckily for those of us in Urbana and Champaign, we have an abundance of tornado sirens to warn us of impending danger. These lifesaving devices that can be heard on the first Tuesday of the month during testing are actually a fairly old technology. Read more about Tornado Sirens in C-U

Charles Van Doren died this month at the age of 93. Known for his participation and eventual guilty plea in the quiz shows scandals of the 1950s what made Van Doren’s rise and eventual fall spectacular was his background. His obituary in The New York Times puts it this way:

In the heyday of quiz shows in the 1950s, when scholarly housewives and walking encyclopedia nerds battled on “The $64,000 Question” and “Tic-Tac-Dough,” Mr. Van Doren was a rare specimen: a handsome, personable young intellectual with solid academic credentials, a faculty post at a prestigious university and an impressive family pedigree. Read more about The Urbana connection to disgraced quiz master Charles Van Doren 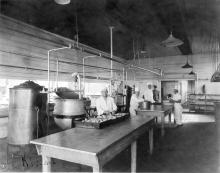 On March 16, 1992, former Chanute cook and World War II veteran Donald R. Hakala wrote to base historian Don Weckhorst asking for recipes from his time at the base. Hakala fondly remembered cooking in the Chanute kitchens and serving the men and women of the base breakfast, lunch, and dinner in the 1950s. By 1992 Hakala, was getting on in years and eager to revisit his life as a cook on the base to share the stories and recipes with his family and friends. Read more about Greetings from Chanute! Let’s visit the Dining Hall

Read more about The Flatiron Building, gone but not forgotten

On March 29, 1940, Jackson Luker of Urbana, IL filed an application at the United States Patent Office for his angel food cake package called Pan-O-Cake. His patent claimed that the way the cakes were shipped and packaged uniquely protected the angel food cakes so that they could be transported and kept for multiple weeks without damaging the air cells within the cake. He was granted the patent in 1942.  Read more about Luker's Pan-O-Cake